“The RTM 322 was selected to power the Eurocopter X3 high speed technology demonstrator,” Roberts revealed at a Rolls press conference at the Helicopter Association International’s Heli-Expo trade show in Anaheim, California on 22 February.

Built in a joint venture with Turbomeca, the RTM 322 is an engine option on the NH90 and EH101 and is used on the UK’s Apache helicopter fleet, which recently surpassed 100,000h of engine run time.

Asked about the X3, Eurocopter officials denied any knowledge of the programme however, as did the company’s most likely competitor in advanced technology high-speed helicopters, Sikorksy.

A recent patent application filed by Eurocopter shows a configuration that would lend itself to high-speed operations. 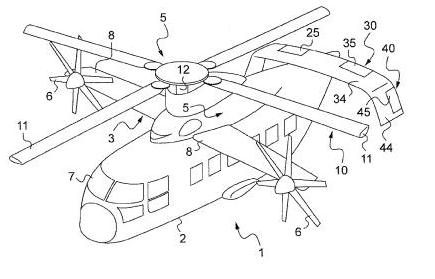 Speaking at a Sunday morning breakfast at Heli-Expo, Bertling did discuss several advanced programmes, including “pre-development” of a new civilian helicopter, work that is included in an ever expanding internal research and development budget within the company. Bertling says Eurocopter will boost its 2009 R&D budget by 25% over last year’s value, which was 43% greater than the 2007 amount.

The build-up includes the establishment of a new US-based rotorcraft engineering centre which will hire 25-30 “highly qualified engineers and certification personnel” from the second quarter this year.

The hirings, which will in part be used to help Eurocopter try to win the re-competed US Army Armed Reconnaissance Helicopter (ARH) programme, will bring the company’s total US engineering force to 60. The Army pulled the $6 billion ARH from Bell Helicopter in October and decided to recompete the programme. “We believe we will be a frontrunner in the new reconnaissance helicopter programme,” says Bertling.

As part of the Army’s light utility helicopter (LUH) program, Eurocopter has already delivered 61 UH-71A Lakota helicopters, based on the EC145, and has orders for a total of 133. The programme of record is for 345-plus units, says American Eurocopter president and CEO Marc Paganini.

Last year’s R&D in part went to a highly secretive military test programme which in June saw an EC155 fly autonomously from takeoff to landing for the first time with no pilot intervention, save for being on board for safety reasons.

On the civilian side, along with continued development of the EC175 in a joint venture with China, Eurocopter also began the “pre-development” of a new civilian helicopter, though the company would give no further details. Eurocopter plans to certify the EC175 in 2011 and begin deliveries in 2102.

Eurocopter also is continuing work to fly an EC120 with a diesel engine with several piston and turbine engine manufacturers, including Diamond Aircraft, a shareholder in Eurocopter’s parent company, EADS. Bertling says while existing diesel engines could provide the same lifting capacity in the EC120, the “next step” will be to secure an engine with greater power-to-weight ratio, a powerplant that may end up being a hydrocarbon/electric hybrid.

In safety technology arena, the company plans to begin delivering its Alerts Vision 1000 flight operations quality assurance equipment as standard equipment on all helicopters from 2010. The 300g unit, built by Appareo and priced at less than $10,000, is a self-contained navigation and performance computer that also records cockpit video and audio for flight evaluation playback and accident investigation.

With 51% of the worldwide helicopter market already, Eurocopter continues to position itself to gain further market share. Bertling says the next generation helicopter will have “a different formula” than todays with respect to environmental friendliness and basic design.

“Because we have not been presenting does not mean that we are doing nothing,” says Bertling, jabbing Sikorsky for all the press over the past year surrounding its next generation 250kt X2 technology demonstrator, also powered by an engine Rolls-Royce developed in part.