Bell to use 525 helicopter technology for US Army FARA bid

Bell has broken silence on the US Army’s Future Attack Reconnaissance Aircraft (FARA) competition, with executives saying the company will propose a helicopter to meet the army’s needs, not a tiltrotor, as some observers expected.

The company plans to use new technology developed for its civil Bell 525 Relentless, a twin-engined, medium-lift helicopter, to create a helicopter that can meet the US Army’s desire for a high-speed, light-attack and scouting aircraft.

“The technology that we invested – in terms of the rotor technology, the fly-by-wire systems, control systems – has enabled us to field a more conventional helicopter that has very high speed [and] very efficient, very smooth operating capability,” he says.

The company will scale down the 525's technology "to a size and weight that’s consistent with the FARA requirement”. 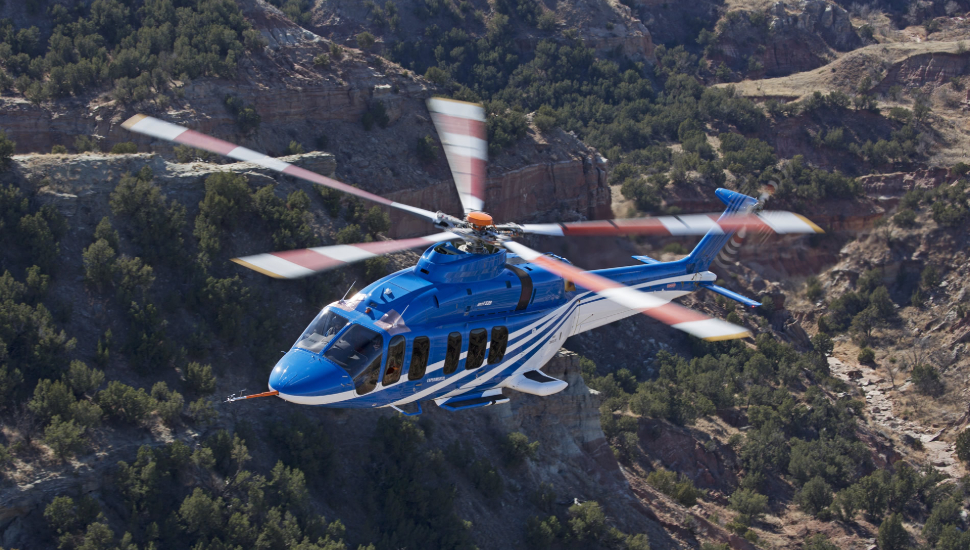 It is unclear if Bell intends to put forward a modified and shrunken Bell 525 airframe for its FARA proposal, or update another airframe with technologies from the 525. Bell declined to further detail its FARA configuration.

The US Army’s FARA will be comparable in size to Future Vertical Lift Capability Set 1, a light-attack and scouting aircraft with a minimum internal payload of six passengers. That aircraft was expected to have a top speed in excess of 200kt.

Bell manufactured the US Army’s last scout helicopter, the OH-58 Kiowa, a military variant of the Model 206A JetRanger. The US Army retired its last OH-58 in 2017.

Though it has exceeded 200kt in test flights, the Bell 525 has an advertised max cruise speed of 160kt. It is designed to carry two flight crew and up to 16 passengers for corporate, emergency medical services, oil and gas, and rescue operations. Bell hopes to have the helicopter Federal Aviation Administration type certificated by the end of 2019.

Donnelly says basing Bell’s FARA proposal on the 525’s technology will give the company’s bid an edge in terms of affordability.

“This is obviously a big step in terms of a more conventional rotorcraft, but I think we have a proposal on the table that meets the requirements, that can do it in a very cost-effective, very highly reliable and sustainable way,” he says.