Bell’s experimental V-280 tiltrotor angled its propellers horizontally and flew for the first time in cruise mode on 11 May near the company’s assembly facility in Amarillo, Texas.

The company says the vertical take-off and landing aircraft achieved a speed of 190kt (352km/h) and that at a later, unspecified date it will aim to increase this to 280kt. 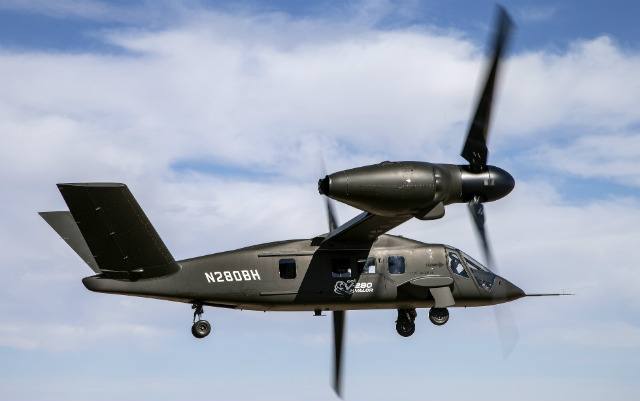 “This is a product that will fly twice as fast as the aircraft in the theatre today; twice as far; for the same cost,” Glenn Isbell, vice-president of rapid prototyping and manufacturing innovation with Bell, said at AHS International's Annual Forum & Technology Display conference in Phoenix, Arizona.

The V-280 is being used a demonstrator in support of the US Army's Future Vertical Lift programme’s Capability Set Three element, which aims to replace the Sikorsky UH-60 Black Hawk transport and Boeing AH-64 Apache attack helicopter. The service is aiming to field its Capability Set Three-class aircraft beginning in 2030.

Bell flew its Valor platform for the first time in December 2017.