Boeing is hopeful that the technology demonstrator (TD) it is building for the US Army’s joint multi-role/future vertical lift (JMR/FVL) programme will continue past the currently planned 2019 timeframe and into further phases of testing.

Jeff Shelton, senior manager for JMR/FVL global sales and marketing, told reporters in Phoenix, Arizona, that Boeing “absolutely does not” want to stop testing the rigid rotor coaxial design after the TD phase is completed, and sees value in continuing the testing as the programme develops into further phases of FVL.

“We’re in the process of building a one-off flying demonstrator," Shelton says. "We are in the manufacturing stage now, and will start assembling later this year at West Palm Beach in Florida, where the flight testing will also take place. We are also looking at ways to extend JMR TD beyond 2019.”

Follow-on stages of the programme are yet to be determined, and “the requirement development is ongoing”, Shelton says. A request for proposals is expected in 2019, with a contract award in 2020 and fielding in 2030. 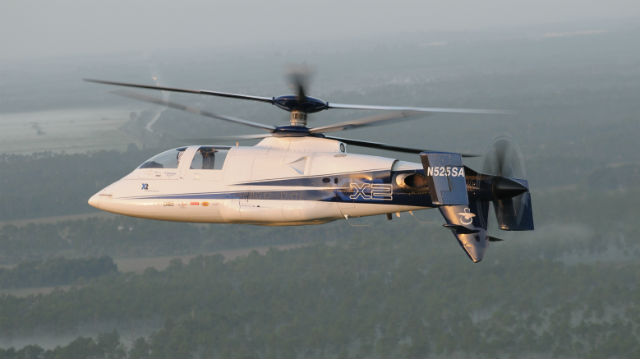 Under the programme's FVL Medium stage, a utility variant will be the first type of new rotorcraft to be fielded. This platform is expected to be followed by an attack helicopter, which some expect to be available in the 2045 timeframe. However, Shelton says a date has not yet been defined.

A cargo aircraft replacement is expected to follow in the period around 2050 to 2060. This would fit with the planned 2062 out-of-service date for Boeing's CH-47 Chinook. A request for information for a light element of the FVL programme has already been released.

FVL will ultimately replace a number of rotorcraft types in the US military and coast guard’s inventory, and Shelton is confident the technology will be offered to international customers as well.

“We have seen international interest in the FVL requirement,” he says. “If the US government replaces these aircraft you can see international customers doing that too.

“There are different things we can do to the air vehicle to meet different service needs,” he adds.