Prior to retirement the Lynx AH7 was used for operational conversion to type by 671 Sqn, during which some three months and 200h of flight training would qualify students to fly the Lynx AH9, Boeing Apache AH-64 or Wildcat AH1 in a tactical environment.

The last six AH7s made a final flypast over army headquarters at Andover, Hampshire, then returned to their base at nearby Middle Wallop in “7” formation – representing the force's parent body, 7 Regiment – during the flypast ceremony. 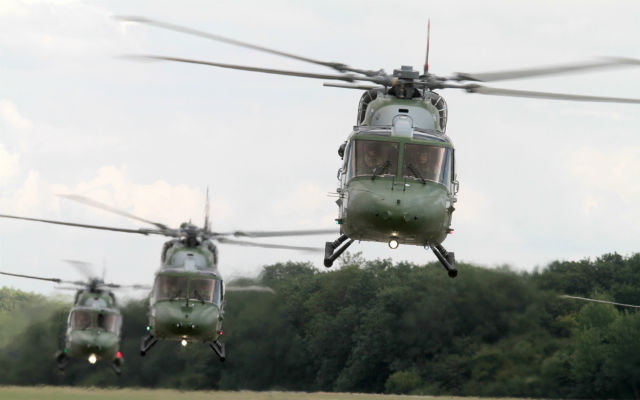 These aircraft, plus two others present on static display, are destined to become donors for the Wildcat, which shares many components, including its rotorhead, with the Lynx.

It is possible that they will find homes as display airframes as there are believed to be enough parts available to support the Wildcat programme.

AH7s served the AAC in the UK, Germany and in international operations including those in Afghanistan, Belize, Bosnia, Iraq (Operations Granby and Telic), Northern Ireland, the Philippines and Sierra Leone. The AH7 also served with the Royal Navy’s 847 Naval Air Squadron and the Empire Test Pilot School.