British Army operations with the AgustaWestland Lynx are poised to come to an end, with the Joint Helicopter Command to host a farewell event for the utility type on 16 January.

Based at the Royal Air Force's Odiham site in Hampshire, the Army Air Corps 657 Sqn is the last UK unit to employ the Lynx. The type was first fielded in its AH1 standard in August 1978, and subsequently involved in operations by the service in nations including Afghanistan, Bosnia, Iraq and Sierra Leone.

The army's last upgraded and skid-equipped Lynx AH7s were retired in July 2015, leaving its extensively modernised AH9As to serve on while its replacement Leonardo Helicopters AW159 Wildcat inventory was increased in size.

Flight Fleets Analyzer records 22 of the new-generation type as being in active use with the AAC, with another four in storage. The Royal Navy also uses the type, and ended operations with its legacy Lynx HMA8 airframes in March 2017.

Following the disbandment last year of the AAC's 9 Regiment at Dishforth in North Yorkshire, 657 Sqn retained up to 12 AH9As, from an original complement of 22 upgraded examples. 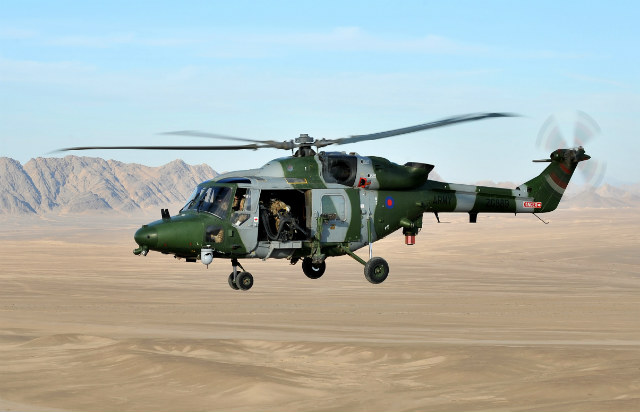 After its Rolls-Royce Gem-engined Lynx AH7s performed poorly in the hot and high operating conditions of Afghanistan towards the end of the last decade, the UK Ministry of Defence initiated an urgent operational requirement to re-engine and extensively update the army's wheeled AH9-variant. A contract worth approximately £130 million ($175 million) was signed in late 2008, covering an initial 10 airframes.

Enhancements included replacing the type's Gem engines with the more powerful LHTEC CTS800-4Ns already selected for the Wildcat, along with its main gear box, top deck structure and rear fuselage.

The first modernised AH9A made its flight debut in September 2009, and the army's lead examples were deployed to Afghanistan aboard an RAF Boeing C-17 strategic transport in May 2010.

A follow-on contract for the remaining 12 updated aircraft was signed in October the same year, and by December 2011 – as the last was redelivered for operational use – the type had accumulated more than 4,000h in-theatre.

One example was lost during a crash in Afghanistan in April 2014, which killed all five personnel on board a routine flight. 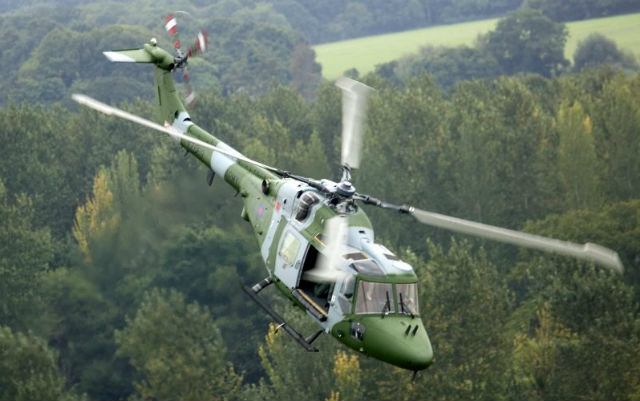 With the army having halted Lynx AH7 operations with the tube-launched, optically-tracked, wire-guided missile in 2000, the AH9A was employed in roles including transport and intelligence, surveillance and reconnaissance, with the AAC's Boeing/Westland Apache AH1 attack helicopters assuming strike duties.