The Canadian coast guard has received its final Bell 429, the last part of its helicopter “Fleet Renewal Plan”.

The light, twin-engined helicopter was delivered to the service in September, as the last of 16 examples which were ordered in 2014, the Canadian coast guard said on 15 November. The 429 helicopters were built at Bell Textron Canada’s Mirabel facility in Quebec. 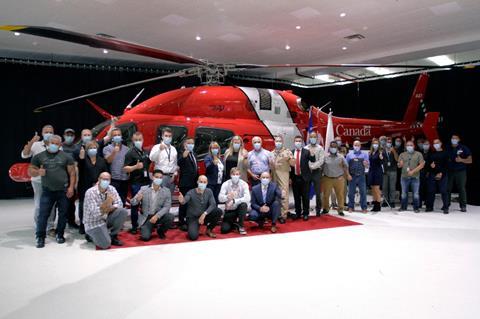 The Canadian coast guard has concluded its fleet renewal

The Canadian coast guard also ordered and has received a fleet of seven Bell 412EPI medium, twin-engined helicopters as part of its Fleet Renewal Plan. In 2014 and 2015, Bell and Bell Textron Canada were awarded contracts worth more than $338 million to deliver the 429 and 412EPI helicopters.

The 429 and 412EPI are used by the Canadian coast guard to help ships navigate, for response to oil spills, in support of icebreaking ships and on search and rescue operations.