Russian Helicopters has produced the first Mil Mi-8AMT helicopter designed for civilian use in the arctic.

The civilian variant of the type is now in serial production at the company’s Ulan-Ude factory, says the company. 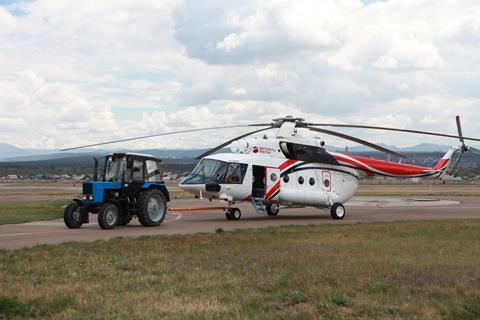 “The new Mi-8AMT helicopter will be sought after by many Russian companies and government agencies implementing projects and tasks in the Arctic,” says Russian Helicopters chief executive Andrey Boginsky.

“The first rotorcraft is ready to start operation, and negotiations with several potential Russian customers are underway.”

The military version of the polar-optmised variant type has already seen deliveries to Russia’s defence forces, including the ministry’s arctic division.

Significant modifications were made to the baseline Mi-8 to optimise the AMT variant for work in extreme cold. 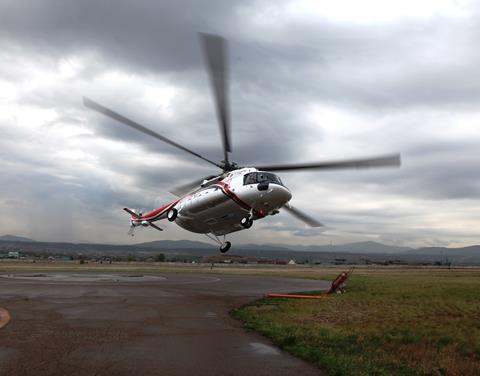 The civilian version of the Russian Helicopters Mil Mi-8AMT

The Mi-8AMT features a system to heat transmission parts, allowing crews to quickly start the helicopter even if it has been stored outdoors “for a long time.”

Enhanced thermal protection is added for the cabin, including special “thermal insulation shutters” on the rotorcraft’s doors. Instead of rubber hoses, helicopter systems use special cold-resistant Teflon hoses.

Two extra fuel tanks mean the Mi-8AMT can fly up to 755nm (1,400km). Its avionics suite features navigation systems that allow the Mi-8AMT to fly the polar night or harsh weather when satellite and radio signals are not available.

“This helicopter is necessary for air medical services, maintenance of facilities of the fuel and energy complex, and for meeting the needs of polar expeditions. It may also help organise transportation in northern regions,” says Leonid Belykh, managing director of the Ulan-Ude factory.