The project was aimed at developing a vertical takeoff and landing (VTOL) aircraft with twin, tilting ducted fans for hauling military cargo. ARES, which stands for Aerial Reconfigurable Embedded System, was supposed to deliver and retrieve detachable payloads, including cargo boxes, pods for evacuating injured soldiers, and intelligence, surveillance and reconnaissance (ISR) sensors. 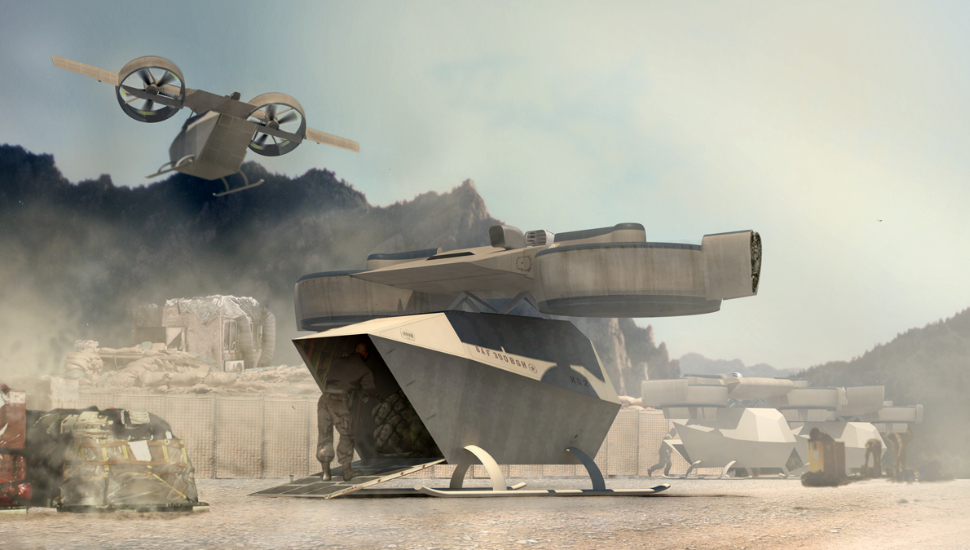 ARES was sponsored by the US Marine Corps (USMC), which has interested in VTOL aircraft to support expeditionary warfare. In particular, the service is interested in cargo unmanned air vehicles (UAVs) to resupply troops because truck convoys are vulnerable to ambush.

"Following extensive component, integrated system and ground testing of the ARES aircraft, DARPA and the USMC have decided to end further investment in the programme due to significant cost growth and delays,” says the Department of Defense’s (DoD) research arm. “The programme was a research effort that addressed technical risks for a future vertical take-off and landing concept that would transition to fixed-wing forward flight. The investment provided risk reduction to potential future DoD programmes by developing flight control software to manage complex configurations, and maturing a unique ducted fan approach to propulsion."

The USMC and DARPA hoped that the ARES programme would have developed an UAV with a payload of 1,361kg (3,000lb), which was supposed to be more than 40% of the maximum take-off weight of the aircraft. The aircraft was also supposed to be able to land on unprepared sites and ships in an area that would be about half the size typically needed by a helicopter of similar lifting capacity.

The cancellation of ARES comes as the USMC has several UAV cargo projects moving forward, including its Joint Tactical Autonomous Aerial Resupply System (JTAARS) research project with the US Army and a restarted experiment with two unmanned Kaman K-Max cargo helicopters. The service also is looking to buy a new utility rotorcraft by piggybacking on the US Army’s Future Long Range Assault Aircraft (FLRAA) programme.