Design and manufacturing issues have delayed the first test flight of the US Air Force’s Combat Rescue Helicopter, the Sikorsky HH-60W, and threaten to postpone the start of low-rate production.

The USAF wants HH-60Ws produced and deployed as soon as possible because its 96 HH-60G Pave Hawk rescue helicopters have exceeded their expected service lives of 6,000h of flight. As of last August, those helicopters had logged an average of 7,100h of flight, according to a US Government Accountability Office report. Only about 68% of the fleet was mission-capable in fiscal year 2017 – short of the USAF’s desired 75% mission-capable goal.

Yet, the Pentagon’s top weapons tester, the Director of Operational Test and Evaluation (DOT&E), said in a 31 January report that the first engineering and manufacturing development version of the HH-60W will fly at the earliest in February 2019, a four-month delay from its previous first-flight date. Moreover, the anticipated September 2019 decision to start low-rate initial production, officially called Milestone C, could be affected by ongoing design changes. 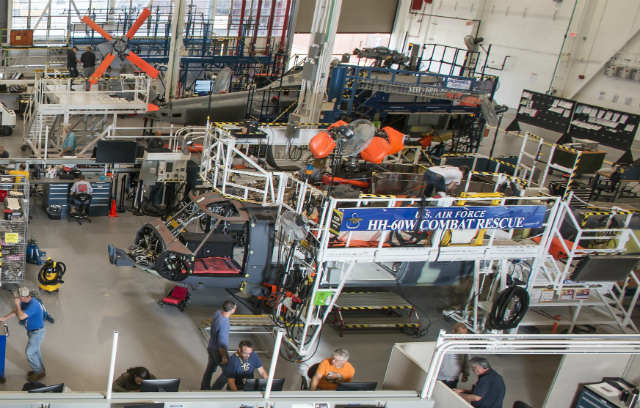 The programme office plans to begin flight testing in the second quarter of fiscal year in 2019, but DOT&E says a number of systems will not be in an operationally representative configuration at that point. Those systems could include tactical mission kits, Link 16, digital RWR, rescue hoist, gun mount and systems, fuel cells, armor and primary aircrew seating.

“As these systems are still undergoing design changes, the Milestone Decision Authority will have limited information on HH-60W-unique components to support an informed Milestone C decision,” says the DOT&E.

One particular trouble spot is the HH-60W’s fuel cell, which has several design and manufacturing deficiencies, including exceeding the weight allowance and not meeting military standards for normal temperature, cold temperature and self-sealing performance. Problems maintaining quality in the manufacturing process have produced fuel cells which show significant variation, says the report.

For its part, Sikorsky said the programme is advancing.

“Sikorsky’s Combat Rescue Helicopter programme is progressing and we are shifting from development to production and test,” the company says. “We now have two aircraft at the Sikorsky Development Flight Center in West Palm Beach, Florida. Both aircraft will enter into flight test before mid-year.”