Creators of a flight-simulation trainer for rotorcraft pilots have obtained the first European certification for a virtual-reality system.

The trainer is designed to enable pilots to practice risky manoeuvres in a virtual environment, says the European Union Aviation Safety Agency.

It has been developed by VRM Switzerland for the popular Robinson R22, and a version for the Airbus Helicopters H125 is in progress. “Pilots can now have simulator time credited to their flight training and benefit from the high training value of the device,” says VRM.

Both the R22 and H125 simulators have sling-load training options.

Riesen says a “lot of preparatory work was necessary”, with an evaluation programme involving several pilots – among them helicopter flight instructors and test pilots – of various nationalities. 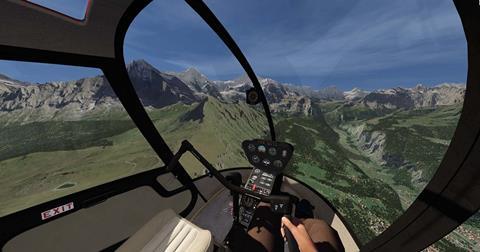 This evaluation “confirmed the suitability” of the virtual-reality concept for training purposes, says VRM, particularly for autorotation, hovering and slope landings.

Emergencies such as tail-rotor failure can be practised, the company adds: “The system also allows scenarios that are not feasible or too dangerous with a real helicopter.”

The concept features a head-mounted display, the Varjo VR-3, a virtual-reality cockpit and a motion platform. VRM says this allows pilots to be “fully immersed”.

It says EASA allows 5h of credit for a private licence and 10-20h for a commercial helicopter licence, depending on the training. Night-flight training is also credited.

EASA says about 20% of rotorcraft training accidents occur during practice of hazardous manoeuvres. General aviation and VTOL department head David Solar says qualification of the R22 virtual-reality simulator is a “further step” towards industry objectives to improve rotorcraft safety by 50% by 2028. 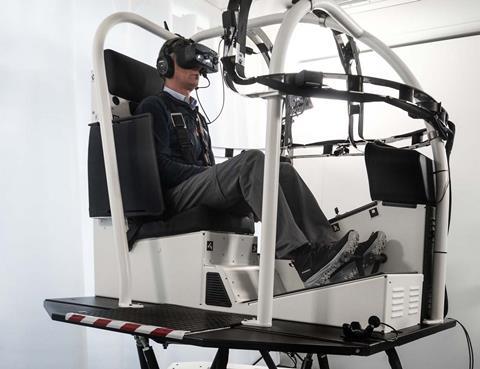 The authority had to adapt its processes – including use of special conditions – to handle qualification of a virtual-reality-based system, to ensure equivalent safety level compliance under flight-training device certification.

“This evolution will make a wider range of cost-effective training devices available to complement full-flight simulators and is being driven in part by training needs for new VTOL aircraft,” he adds.