The Finnish army is only achieving an approximate 40% operational serviceability rate on its current NHIndustries NH90 transport helicopter fleet, its chief of aviation has claimed, as its final example is set to be delivered in the coming weeks.

Based on the number of available aircraft – there are currently five aircraft per year undergoing retrofit – the service is only working at a 40% availability rate. However, it hopes to take this to 50% over the next three years, Lt Col Tuure Lehtoranta told the Defence IQ International Military Helicopter conference in London.

The arrival of the army’s final NH90, which Lehoranta says will be delivered in the next few weeks, will take the service’s fleet to 20 aircraft.

“The serviceability and the availability of [the] NH90 has been a big challenge,” Lehtoranta says. 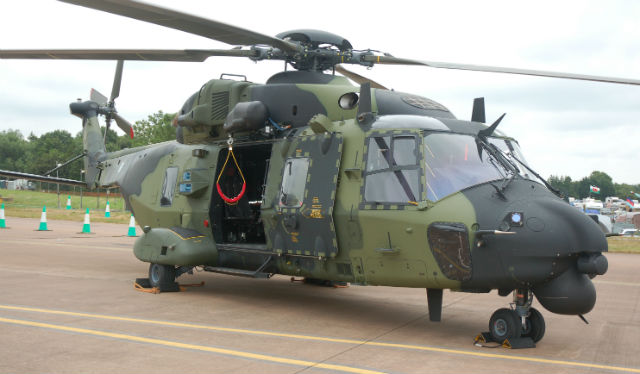 Lehtoranta adds that at one point in 2014 the serviceability rate reached a low of 19%. The availability of spares is one factor behind the low availability rates, for which there is a 200-day average turnaround.

“That is totally unacceptable,” Lehtoranta says, noting that the “NH90 is a great tool for pilots, and for the army it is working very well”.

The army has recorded some 7,000 flight hours on the type, making it one of the more experienced operators of the NH90 out of the 13 nations that have ordered the rotorcraft.

During the conference NHI president Vincent Dubrule said 53 aircraft were delivered in 2014, with 232 delivered so far out of 500 on order, and the company plans to continue delivering some 50 of the type per year in 2015 and 2016.

“The feedback we have in general… is that all customers are pleased with the product,” Dubrule says.

He notes that the company is looking to increase spares and maintenance availability for the aircraft.