The Sikorsky-Boeing SB-1 Defiant’s first flight will not happen before the end of 2018, and will likely be delayed until sometime in early 2019 after “minor” problems were discovered within the aircraft’s testbed.

Until a few weeks ago, the SB-1 Defiant demonstration helicopter was on track to achieve first flight this year, says the joint Sikorsky-Boeing team. However, discovery of unnamed issues on the powertrain system test bed, which must be fixed before the aircraft takes to the skies, caused the delay.

The Sikorsky-Boeing team says it needs to put at least 15h of testing time on the powertrain test bed before a flight safety committee will approve the SB-1's first flight. The two companies are now focusing on implementing fixes so the test bed can start running again within one or two weeks.

“We estimate we will have Defiant in ground runs within the next few weeks,” says Rich Koucheravy, Sikorsky's director of business development for the Future Vertical Lift programme. 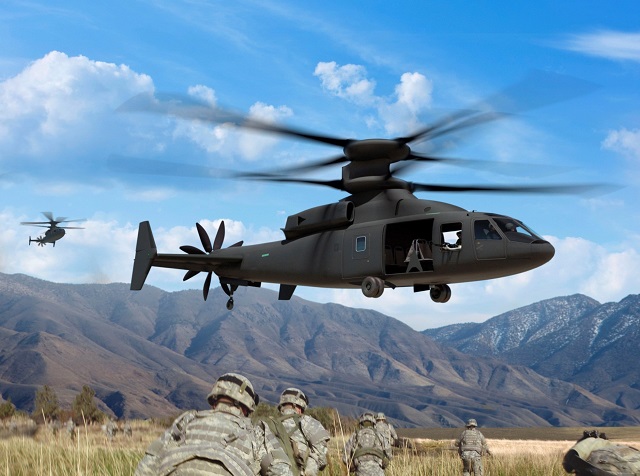 Sikorsky and Boeing only offered hints of what snagged SB-1 Defiant’s progress.

“Sometimes its instrumentation that was installed [didn’t] get the measurements we were hoping to get, or the software wasn’t reading properly,” says Randy Rotte, Boeing's director of business development for cargo helicopters and Future Vertical Lift programmes. “We have some pieces... that required some mechanical repair.”

Still, both companies stress that they view the issues as small and only causing minor delays.

“It’s nothing that’s going to require a redesign of major components or any of those pieces,” says Rotte. “It’s candidly just some interactions that the models didn’t all capture.”

The aircraft was supposed to have flown for the first time last year, but issues with the composite rotor blade manufacturing process delayed takeoff. Those issues, as well as a problem with the helicopter’s transmission gears not being hard enough – both discovered earlier this year – have been solved, says Rotte. The problems were due to manufacturing difficulties, not design flaws, he says.

The SB-1 is a co-axial compound helicopter with a pusher blade on its tail. It is a medium-sized demonstration helicopter for the US Army’s Joint Multi-Role Technology Demonstrator programme, a precursor to the service’s Future Vertical Lift programme. The aircraft is intended to replace the Sikorsky UH-60 Black Hawk and the Boeing AH-64 Apache.

Delays to the SB-1’s first flight come after its chief rival, the Bell V-280 Valor tiltrotor, has been flying for about a year and in May achieved a top speed of 190kt (352km/h).