Building on its three-year autonomy experiment with the US Marine Corps in Afghanistan, Kaman plans to offer an optionally piloted variant of the K-Max to commercial customers by 2020.

The Connecticut-based company believes an optionally-piloted K-Max helicopter would allow commercial operators to fly into dangerous areas without risking human life, such as into the midst of wildfires or other natural disasters, it said at the HAI 2019 HeliExpo conference in Atlanta, Georgia.

“We think this class of helicopter, in a UAS or optionally manned configuration, can actually do a lot of good firefighting, [in] humanitarian assistance, disaster relief [or] any kind of logistics to support any of those operations,” said Romin Dasmalchi, the company’s senior director of business development. “Any environment which makes it difficult to operate safely could be an option.” 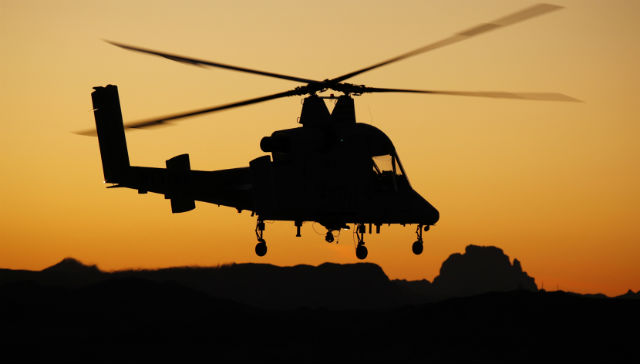 The autonomous helicopter could also continuously operate for longer periods of time without needing to rest its pilot. The company says the K-Max is capable of running continuously for up to 100h, the regulatory limit for mandatory inspections.

Kaman first developed its autonomous K-Max technology for a US Marine Corps experiment in Afghanistan in 2011. There it was used to resupply troops with cargo loads slung underneath its airframe.

Kaman will seek Federal Aviation Administration certification of the system before selling it to customers, though the company is unsure about the best regulatory path forward and is in early discussions with the government body.