Robinson Helicopter continues to conduct research and development on powering its four-seat R44 Raven II with a diesel engine.

Though the helicopter is currently powered by a Lycoming IO-540 fuel injected engine, there may be performance benefits and practical uses for installing a diesel engine, said Kurt Robinson, the company’s president and chairman, at the HAI Heli-Expo conference in Atlanta, Georgia.

“Peter Riedl, our head engineer, thinks about it every day,” he says. “We are pushing forward on it. We are still in R&D.”

Company engineers are convinced it could be a good improvement or option for the R44, though they are not yet ready to create a new product, says Robinson. Thus far, the company only has performed ground runs with a diesel configuration. Robinson declined to name the desiel engines being tested. 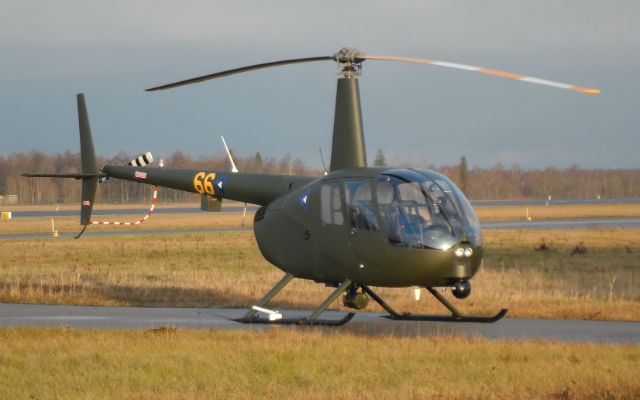 Robinson R44 at Amari Air Force Base in Estonia

Nonetheless, there are enticing benefits to diesel.

“It allows a couple thousand feet of altitude performance,” he said.

Compared to gasoline engines, diesel engines perform better at higher altitude because they need less oxygen for combustion. In addition, there are other benefits, he says.

What’s more, diesel is a plentiful and commonly found fuel, even outside airports.

“There are lots of places in the world, where av’ gas is hard to get. It’s very difficult to get,” says Robinson.