Industry asks US Army, one shaft or two for new helicopter engine

Competition for the US Army’s improved turbine engine programme (ITEP) is shaping up to be a head-to-head match-up between single-spool and double-spool turboshaft powerplant designs.

The army is set issue a request for proposals for preliminary design review in May. Both a Pratt & Whitney/Honeywell team General Electric Aviation are expected to compete, although other engine manufacturers also could bid for the work. General Electric builds the T700 engine that ITEP will replace in army helicopters, and ITEP should be a drop-in replacement for the T700 in the Sikorsky UH-60 Black Hawk and the Boeing AH-64 Apache.

The programme goal is to develop a 3,000shp engine that also achieves a 25% improvement in fuel efficiency over the T700.

Mike Sousa, advanced turboshaft programme manager at GE, says “the fundamental competitive difference is two-spool core versus one-spool”. A single-spool engine, which the T700 is, is simpler than a double spool and the technology is well understood and readily available, Sousa says. 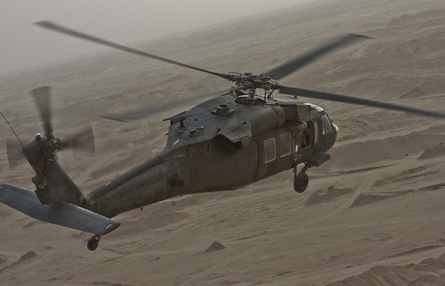 “There are advantages and disadvantages of each,” he adds. “We think single spool is the best way to go forward. Our argument is the single-spool is a simpler, lighter-weight configuration. Dual spool adds lots of complexity.”

In a single-spool generator, all of the rotating components are on one shaft and therefore must spin at the same speed. In a double-spool engine, certain rotors in the compression section of the engine are allowed to spin faster or slower than others in order to achieve optimum performance efficiency.

Sousa says a two-spool configuration allows the engine to have a higher pressure-to-power ratio, “but we don’t see that being applicable because the turbomachinery is too small” - the army has dictated it fit within the installation footprint of the T700 with no alteration of the aircraft.

Precisely for that reason, the Advanced Turbine Engine Company (ATEC), as the Pratt & Whitney/Honeywell team is called, chose as early as 2007 to pursue a two-spool engine architecture, says Jerry Wheeler, ATEC vice president of programmes.

Without being able to enlarge their ITEP offering, ATEC felt it “could not tolerate” sacrificing the amount of speed necessary to achieve the army’s desired 50% power boost and 25% improvement in fuel economy with a single-spool engine, Wheeler says.

“We came to the conclusion that for this application and these performance characteristics, we needed to develop it with a two-spool gas generator approach,” he says. Both Pratt & Whitney and Honeywell have almost exclusively developed double-spool engines for fixed-wing applications over the past several decades and therefore are familiar with the architecture, Wheeler says.