At least 10 more K-Max helicopters will be produced on a revived assembly line after a 12-year hiatus, Kaman Aerospace announced on 5 June.

Helicopter Express is listed as another launch customer, but Kaman has not disclosed if the Georgia-based company has placed deposits.

Kaman revealed to Flightglobal in February 2014 that increasing commercial demand had prompted them to consider relaunching production of the K-Max. 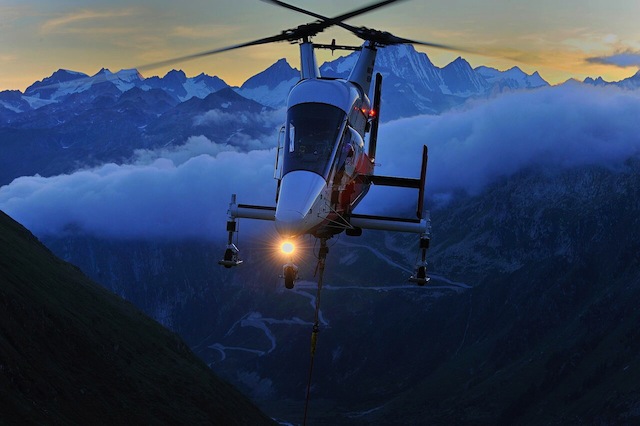 “Our team has done a great job assessing the market and working with customers to secure enough orders to support the business case for reopening the line,” says Neal Keating, chairman, president and chief executive of Kaman.

The Bloomfield, Connecticut-based manufacturer expects to collect revenues between $75 million and $85 million on a multi-year production run of 10 aircraft.

The aircraft will be assembled using an existing type certificate, which should minimise costs to restart the production line, according to Kaman.

“I am particularly pleased that Charlie Kaman’s visionary design for this unique aircraft has stood the test of time,” says Kaman Aerospace Group president Greg Steiner.

The single-engined, single-seat K-Max is a unique aircraft. It features two counter-rotating and intermeshing rotors mounted above the fuselage. The dual rotors balance the torque produce by each.

So, unlike a conventional helicopter, the K-Max can use all the thrust produced by the engine to power the rotors for lift and thrust, rather than direct up to one-fifth of the available power to a tail rotor to counter the sideways-bending torque produced by a single main rotor. 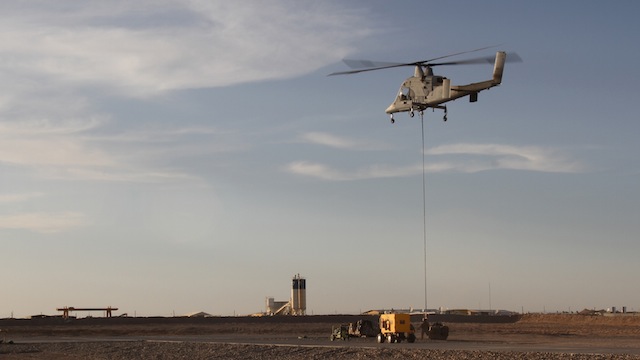 In 2011, the US Marine Corps deployed two K-Max helicopters modified to fly autonomously to Afghanistan. Though billed as a “demonstration,” the two helicopters hauled 2.04 million kilograms (4.5 million pounds) over a three-year deployment to forward operating bases. The crash of one aircraft in 2013 did not sour the Marines’ enthusiasm for the project.

The US Army and the Marines have a long-term plan to use a fleet of autonomous helicopters to bring supplies to remote operating bases. In February 2014, a Kaman executive said that relaunching commercial production could help the company compete for a future military requirement for an autonomous cargo delivery system.