Sometime in 2018 or 2019, Karem Aircraft will power up what it believes should be the American military’s next vertical lift system, the company’s patented optimum-speed tiltrotor.

Best known as the creator of the modern military drone, the company’s founder and namesake Abraham Karem is now devoting his attention to vertical takeoff and landing tiltrotors, with blades that rotate at the most efficient speed during all phases of hover and forward flight.

The frontrunner for this optimum-speed system was the A160 Hummingbird UAV: created by Karem’s Frontier Aircraft and later acquired by Boeing Defense, Space & Security. It demonstrated a highly efficient helicopter configuration that flew past 18h during one test.

Karem’s next endeavour was to produce an unconventional cargo aircraft, dubbed TR75, under the US Army’s now-defunct Joint Heavy Lift (JHL) programme. It would have been larger than a Lockheed Martin C-130 and perhaps even manufactured at the same plant in Marietta, Georgia. TR75's cruise speed would be 330kts (611km/h) in airplane mode at 45,000ft.

That design was scaled down and converted into the UTR36 and ATR36 when in 2013 the army called for 13.6t (30,000lb) air vehicle concepts with a minimum speed of 230kts and full performance in high, hot conditions that could fly by late 2017. The army eventually picked the Sikorsky-Boeing SB-1 Defiant and Bell Helicopter V-280 over several competitors, but also retained AVX and Karem on research contracts.

That Joint MultiRole Technology Demonstrator (JMR-TD) flight test campaign that runs from 2017 to 2019 is a pioneering effort for Future Vertical Lift, a planned rotorcraft acquisition that is gaining momentum as combatant commanders call a new family of rotorcraft with far greater range, speed and survivability than today’s types. 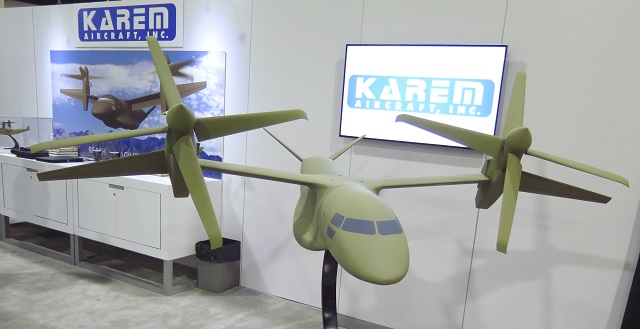 UTR36 OSTR on display at the AAAA 2016 symposium in Atlanta, Georgia

Speaking to Flightglobal at the Army Aviation Association of America’s conference in Atlanta, Georgia on 30 April, Karem said his company has updated its TR36 design in response to a request for information notice issued by the army in February for technologies applicable to Future Vertical Lift Medium.

The RFI document for "Capability Set 3" contains a list of placeholder requirements for an aircraft that would eventually supplant the Sikorsky UH-60 Black Hawk and Boeing AH-64 Apache – designs that date back to the 1970s but remains the bedrock of US army aviation.

Karem won't discuss any of the design updates due to the highly competitive nature of FVL. The minimum performance specifications for CS3 was a 230-310kt cruise speed, unrefuelled combat radius of 229-450nm and full manoeuvrability in “high-energy, low-speed conditions” and hot, high altitude environments like in Afghanistan with a full complement of heavy troops, armaments and survivability equipment.

“We can’t talk about it, but you can imagine we’re not going to start something very, very different,” says Karem. “We’re working the technology hard and the components are our focus. Wings are wings, fuselages are fuselages, landing gears are landing gears, mission equipment is mission equipment. What we bring to the table is a configuration that is very, very efficient. The rotor components are very, very efficient, and the system of lift and propulsion we have about 30 patents on.” 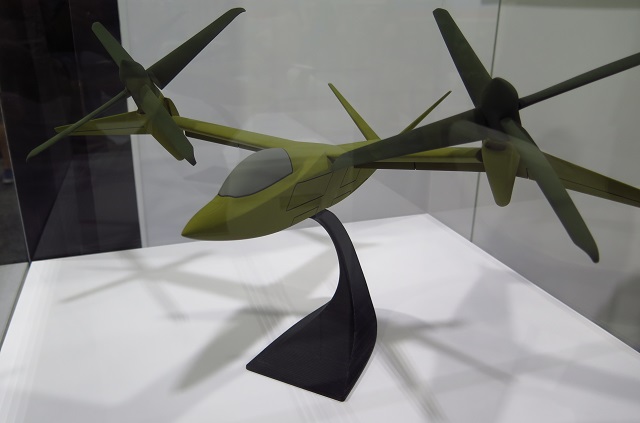 The company’s main focus today is on preparing its fully integrated hub and rotor solution for powered trials on a tiltrotor test stand. It’s expected to power on in late 2018 or early 2019, according to company and army officials. Karem wants to move faster but is limited by the amount of government funding available.

“We wish we could be flying next year, but we’re doing the core technology and all the hard stuff,” he says. “If I compare where we are to other people, I’d say I have all the analysis, I have all the designs, but it’s not there yet. We’re making it there.”

According to company data points, the dynamic components of UTR36 and ATR36 are "100% common". UTR36 would fly at 362kts up to an altitude of 45,000ft. Its self-deployable range is advertised as 6,500nm with auxiliary fuel tanks or 3,890nm without. It has approximately double the manoeuvrability of the Black Hawk at 80kts, twice the payload capacity, and five-times greater range. It features a pressurised cabin so that it can stay out of range of man-portable air-defense systems (MANPADs) and fly above bad weather. 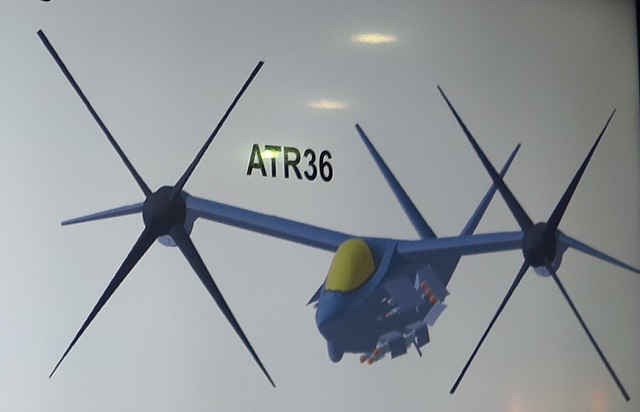 The company’s intent for UTR36 is FVL Medium, or CS3. The company doesn't want to pursue the lighter assault platform described in the separate, lighter-class Capability Set 1 (CS1) request for information.

“We can make a very, very efficient small aircraft, but if you want the heaviest aircraft that can go between two buildings 33ft from inside and go down that street, that’s not what we do,” says Karem. “We can build a 10,000lb aircraft and 250,000lb aircraft and they’ll all be efficient.”

Once the army moves forward with FVL and issues a formal request for proposals sometime in the next few years, Karem will be ready with an optimal-speed tiltrotor proposal that he says has every chance of winning over offers from big, established defence companies like Bell and Sikorsky – which is now owned by Lockheed Martin.

Advanced rotorcraft design shops like Karem, AVX and Piasecki would partner with aerospace manufacturers to deliver their concepts, and those teaming arrangements will be telling.

“We’re confident that when the army is ready to release an RFP, we will have a team to be competitive in that activity,” Karem's director of military VTOL business development Bruce Tenney says during the interview. “We’re very confident of that.”

A combined Future Vertical Lift/Improved Turbine Engine (FVL/ITE) programme office was established last year. The CS1 and CS3 RFIs were released in February and a “surprising number” of responses were received by 7 April, says FVL/ITE programme manager Richard Kretzschmar. He wouldn't confirm which capability set the army will pursue first – CS1 or CS3 – but says that decision will come soon. 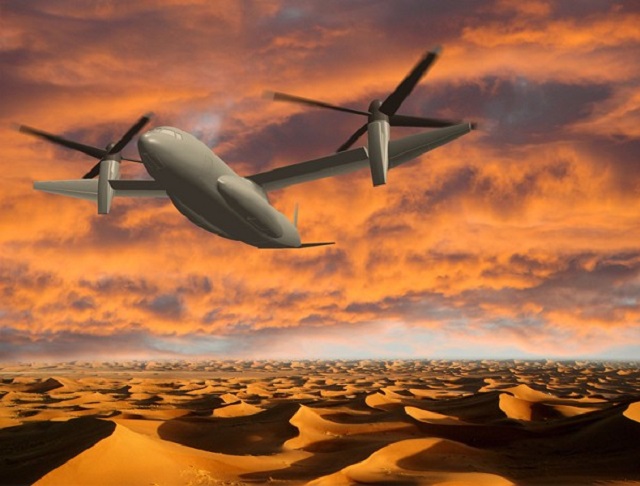 “I’m very encouraged to see the army really, really understanding that they need that big step,” says Karem. “How big the step is; it needs to be between big and huge. We’re on the huge side and big is other people.”

The Army Requirements Oversight Council will gather in the next few months to consider FVL. The army hopes to start a formal analysis of alternatives (AOA) at the turn of the fiscal year, pending a positive “materiel development decision” from the Pentagon’s top acquisition authority in October.

The army’s programme executive officer for aviation, Brig Gen Robert Marion, says a “milestone A” decision that would approve the programme’s entry into a three-year technology maturation and risk-reduction phase is due in early fiscal year 2021, following an extensive JMR-TD flight test programme. Full-scale development of the first air vehicle will begin in approximately 2024 and the first test aircraft should be ready to fly by early 2026, according to the PEO's timeline.

“It is very clear that the army and the nation need the kind of capability that FVL represents,” says Tenney. "We’re a [Continental United States]-based force primarily. We’ve got to deploy our forces to the theatre of operation and we don’t have a lot of forward-based forces anymore.

“You’ve got to have a vertical lift fleet that supports the land force, that can be globally self-deployable and can have the ranges, speeds and performance that FVL represents.”