A Leonardo-operated facility in Italy has delivered the first F-35B assembled outside of Lockheed Martin’s main fighter plant in Fort Worth, Texas, the US manufacturer announced on 25 January. 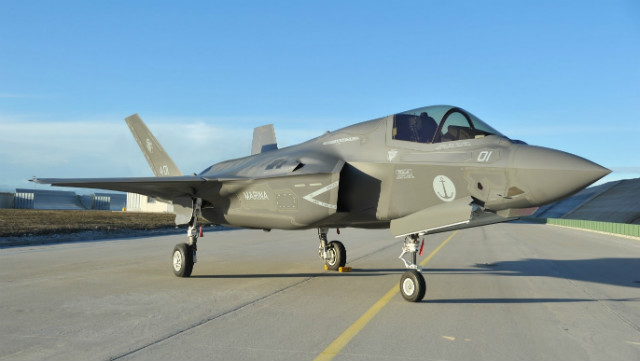 The F-35B becomes the tenth Lightning II fighter to be delivered from the final assembly and check out (FACO) facility in Cameri, Italy, including nine previous F-35As delivered since December 2015, Lockheed says.

Italy's first F-35B was rolled out at the FACO site last May and achieved a first flight in October.

The latest delivery is significant because the F-35B, which includes a short take-off and vertical landing propulsion system, represents the most complicated of the three versions of the Lightning II, says Doug Wilhelm, Lockheed’s vice-president for F-35 programme management.

In addition to delivering the Italian military’s F-35 orders, the FACO in Cameri also will build 29 of the F-35As ordered by the Royal Netherlands Air Force, Lockheed says.

The Japanese government also funded a FACO in Nagoya to build 38 of the nation's 42 F-35As on order. The first Japanese-assembled F-35A was unveiled in a ceremony at the site last June.