Lockheed Martin will transform into a major supplier of civil and military helicopters following its announcement today that it will acquire Sikorsky from United Technologies for $9 billion.

The deal is Lockheed’s largest deal since the purchase of Martin Marietta in 1995, and is its first foray into rotorcraft manufacture since the ill-fated AH-56 Cheyenne programme was cancelled by the US Army in 1972.

The deal represents a massive diversification of Lockheed’s military aircraft portfolio, which is dominated by the $400 billion F-35 Joint Strike Fighter programme. It gains a 65% share of the US military rotorcraft business, mostly through the UH-60 Black Hawk and derivatives, and the CH-53K King Stallion for the US Marine Corps.

More crucially, at least for the end-user, it consolidates several major US defence programmes under one roof, with Lockheed now running 100% of the US Air Force’s HH-60W combat rescue helicopter project and participating in both teams bidding for the army’s joint multirole technology demonstrator (JMR-TD) effort.

The company was already partnered with Bell Helicopter to build a next-generation tiltrotor, the V-280 Valor, for JMR-TD, competing against a Sikorsky-Boeing initiative on the SB-1 Defiant – a coaxial-rotor compound helicopter.

Lockheed now also inherits responsibility for developing the next US presidential transport helicopter, the Sikorsky VH-92, and is prime contractor on the troubled Canadian CH-148 Cyclone maritime helicopter programme, which is finally delivering aircraft, albeit years behind schedule.

The acquisition also thrusts Lockheed back into commercial aircraft manufacturing – with the exception of its commercial C-130 Hercules spin-offs, the LM-100 and newer LM-100J – for the first time since the end of L-1011 TriStar production in the early 1980s.

Sikorsky has two civil models, the medium-class S-76D and 12t S-92. The former has struggled commercially, not least thanks to a four-year programme delay. Indeed, the first helicopters were only handed over to operator Bristow Group in early 2014. It has taken a total of 90 firm orders for the 5.3t rotorcraft, with 39 aircraft still to be delivered, according to Flightglobal’s Ascend Fleets database.

Meanwhile, the S-92, which shares a duopoly with the Airbus Helicopters H225M in the offshore oil and gas segment, has seen its market hit hard over the past 12 months with the fall in the price of crude and consequent reining in of spending by the oil exploration firms.

The helicopter manufacturer warned of significant headwinds in the segment during its first-quarter results, where it saw commercial revenues fall by more than 25%.

In addition, it is now 11 years since the S-92 entered into service and is arguably in need of an upgrade programme to modernise the platform. 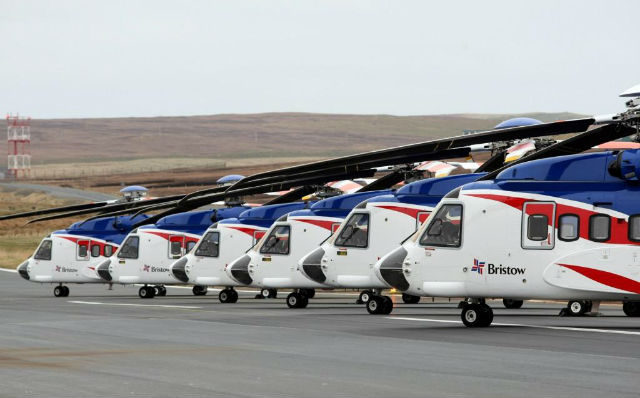 Lockheed announced the deal with UTC in a statement on 20 July, ending months of speculation about the likely buyer. The company says it will pay $9 billion – $7.1 billion after tax – and expects the acquisition to clear the necessary regulatory hurdles by the fourth quarter of 2015 or early in the first quarter of 2016.

Bell owner Textron was reportedly vying for Sikorsky, but could not match the price offered by Lockheed and dropped out of the race.

UTC formally announced its desire to divest the helicopter manufacturer at the Paris air show in June, saying it wanted to focus on its core business.

“Sikorsky is a natural fit for Lockheed Martin and complements our broad portfolio of world-class aerospace and defence products and technologies,” says Lockheed chairman, president and chief executive Marillyn Hewson.

“I’m confident this acquisition will help us extend our core business into the growing areas of helicopter production and sustainment.”

Lockheed also announced that as part of its broader reorganisation, it will shed its government information technology and technical services business.