The Hague has already made a number of major procurement commitments, including for the Lockheed Martin F-35; it will eventually operate a 37-strong fleet of the conventional take-off and landing A-model variant. Deliveries of the first operational aircraft are due to begin next year, with the final examples to arrive in-country in 2023.

To support the F-35 fleet, the defence ministry intends to procure new tactical and strategic air-to-surface munitions. Acquisition decisions for both are expected in 2019, with deliveries to begin in 2023 and 2024, respectively, the white paper says.

The Netherlands has already joined a multinational effort to buy an eight-strong fleet of Airbus Defence & Space A330 multi-role tanker transports, with access to the new, pooled assets – which will be flown from Eindhoven air base – to replace its aged pair of McDonnell Douglas KDC-10 tankers. 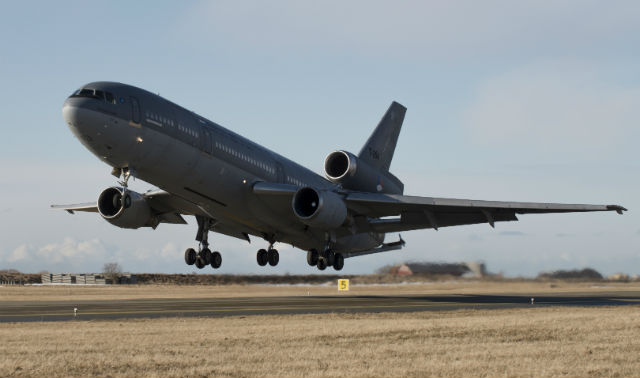 Meanwhile, the Royal Netherlands Air Force's current four Lockheed C-130H tactical transports will remain in service until 2031, according to the document, but will require a major update running from 2022-2025. In addition, the nation's single Gulfstream GV VIP transport will soldier on until 2022, with a replacement to be identified two years earlier.

The Netherlands' rotary-wing fleet is also to be updated, the paper says. In 2020, the first of 14 new Boeing CH-47F Chinooks will be delivered, replacing 11 aged D-model examples. Its six current CH-47Fs will also be raised to the newer standard.

Further updates for the nation's Boeing AH-64D Apache and NH Industries NH90 helicopters are envisaged in the early and mid-2020s, respectively, the white paper says.

Finally, the air force's fleet of 13 Pilatus PC-7 basic trainers, in service since 1989, will be replaced by 2026, the white paper says, with the procurement process to start in 2020.