However, Warsaw runs the risk of enraging other manufacturers, having again chosen to sole source new rotorcraft without running an open competition.

Announcing the order, which will be fulfilled by Sikorsky's Polish subsidiary, PZL Mielec, defence minister Mariusz Blaszczak, said the government has negotiated a favourable price for the new assets.

"We have achieved common success, because the Polish army will have these helicopters. We acquired them at a good price. And this is the measure of our success.

"Employees from Mielec will have a job, which is also very important. This is the first stage of co-operation between the Polish army and PZL Mielec." 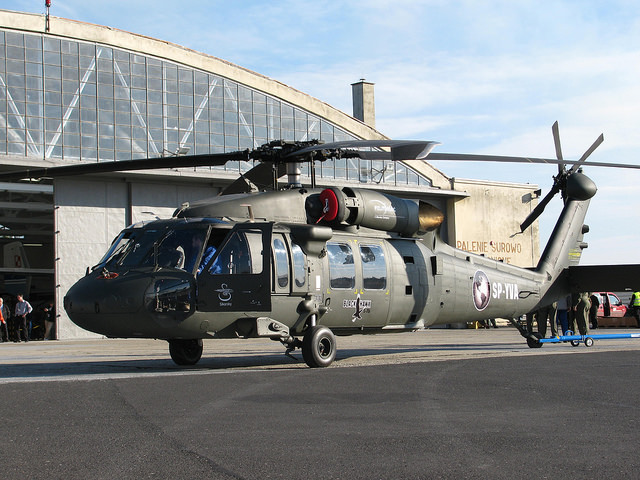 PZL Mielec has previously supplied a pair of S-70is to the Polish national police, and Blaszczak says the new helicopters will be acquired at a similar per-unit cost.

In total, the contract, which includes associated training and logistics support, is worth Z683 million ($185 million). Deliveries will run through 2019.

The commitment is the latest twist in Poland's long-running attempt to acquire new helicopters for its armed forces, which has seen it repeatedly run and then cancel procurement contests. In 2015, it selected the Airbus Helicopters H225M for a 50-unit deal worth Z13 billion, only to cancel that deal the following year after a change of government.