Poland’s Lodz-based WZL-1 has completed the modernisation of a Mil Mi-24V attack helicopter for the Senegal air force. The secondhand rotorcraft is understood to have been acquired from a former Soviet-era operator. 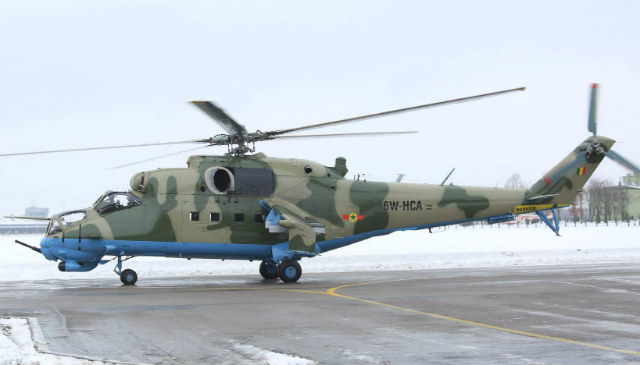 Acceptance flights were conducted on 12 January by a team of Polish and Senegalese personnel, and witnessed by the customer air force’s commander-in-chief, Brig Gen Birame Diop.

WZL-1 says this is the first Mi-24 to have been acquired by Senegal, and it is unclear whether the West African nation intends to field additional examples.

Flight Fleets Analyzer records the Senegal air force as already operating a pair of 11-year-old Mi-35s, which it acquired directly from Russia.