The Royal New Zealand Air Force’s Bell Helicopter UH-1 Huey helicopter has conducted a final tour of the country ahead of its planned retirement in July after 49 years in service.

Serving with No 3 Sqn, the once 14-strong fleet of Hueys has been reduced to six as it nears retirement on 1 July, and several of the remaining fleet embarked on the final farewell tour in early May.

This started at Wigram before visiting Woodbourne, Napier, Tauranga and Auckland, followed by a trip to Waiouru to say farewell to the New Zealand Army and then a final visit to Wellington. 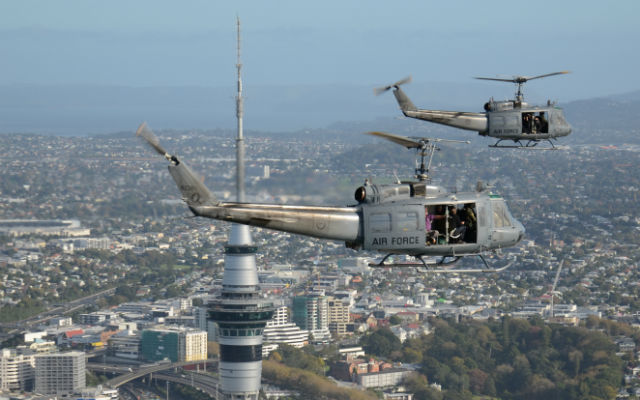 The service is due to receive nine NH Industries NH-90 helicopters – eight for active service and one spare – to replace the Hueys, but a number of the latter will be kept in service until the full fleet of NH-90s becomes active.

The RNZAF UH-1H has seen active service around the world, from the UK to Southeast Asia, Timor, the Solomon Islands, various South Pacific nations and the Antarctic.

The RNZAF’s Lockheed Martin C-130H Hercules fleet has provided quick dispatch of the Huey – one per C-130H – to many disaster areas for relief work.