A final flypast of four Royal Navy Westland Lynx HMA8 helicopters from 815 Naval Air Squadron, based at RNAS Yeovilton in Somerset, will take place on 17 March, before the type is officially decommissioned on 23 March. 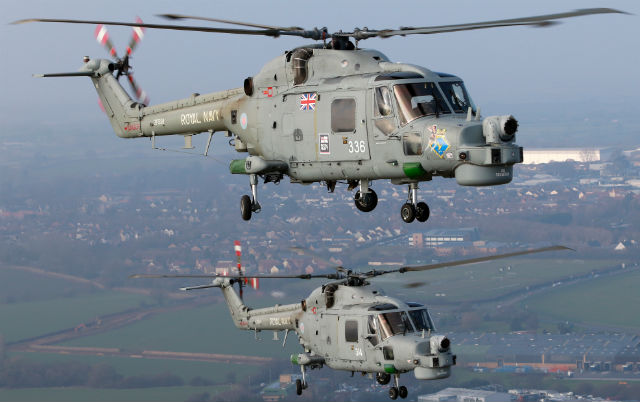 The Lynx entered Fleet Air Arm service on 1 September 1976, and was flown in conflicts including the Falklands and Gulf wars. The HMA8 version has been replaced by AgustaWestland AW159 Wildcats.

Flight Fleets Analyzer records 111 legacy Lynx aircraft as being in operational use with 11 other nations following the RN retirement, with this total also including nine Lynx AH9As which will end their service lives with the British Army in March 2018.

AgustaWestland's new-generation Lynx Wildcat is in RN and Army Air Corps service for the UK, is also operated by the South Korean navy and is on order for the Philippines.