The UK has revealed a commitment to a new maritime patrol aircraft (MPA) plus a number of life extensions for ongoing aerial capabilities in its highly anticipated and newly-released Strategic Defence and Security Review (SDSR).

In contrast to the 2010 SDSR – which saw a number of cancellations and early retirements of key capabilities – UK Prime Minister David Cameron presented the 2015 review with a promise of nine new Boeing 737-800ERX-derived P-8 Poseidon MPA for the Royal Air Force, as part of a pledged £178 billion ($269 billion) investment in defence equipment and support over the next decade.

The long-awaited decision on the replacement for the BAE Systems Nimrod MRA4 – a casualty of the 2010 SDSR – has resulted in an expected buy of nine P-8s. The fleet will be based at RAF Lossiemouth in Scotland, and the first three aircraft are expected to be in place “by the end of this parliament” in 2020, Cameron told the House of Commons on 23 November. 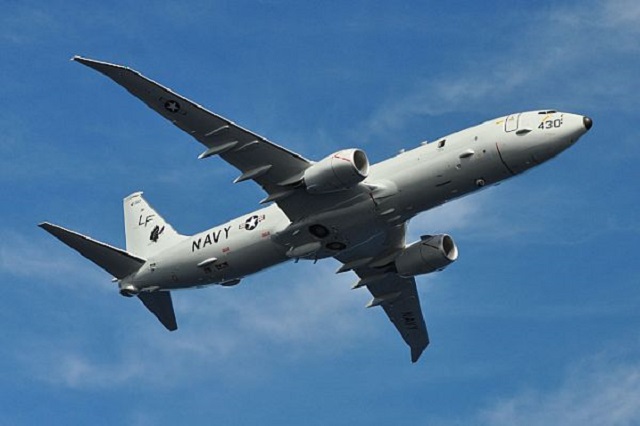 The UK has also committed to its plan to acquire a total of 138 Lockheed Martin F-35 Lightning IIs, while it will also increase the number of the type it will acquire in the early 2020s, to establish an additional squadron.

Two extra Eurofighter Typhoon squadrons are also due to be established under the promises of the review – to reach seven squadrons – and the addition of an active electronically-scanned array radar is expected to take the operation of the type out to “at least 2040”.

Limited detail has been provided on the future of the Panavia Tornado GR4 fleet – a capability that is currently carrying the full burden of the UK’s manned ground-attack contribution to the fight against Islamic State in Iraq – other than to say that it will continue to be operated until fully replaced by Typhoon.

The UK’s AgustaWestland/Boeing Apache AH1 attack helicopter fleet will also be upgraded, although a decision on whether this will be a modernisation of the current fleet or brand-new AH-64E-standard aircraft – as authorised by the US government in August 2015 – remains to be seen.

Surveillance aircraft are also undergoing investment, with the Raytheon Sentinel R1 fleet life being extended from 2018 to “into the next decade”; a feat for the programme, that according to the 2010 SDSR was due to retire from service at the end of UK operations in Afghanistan.

However, Sentinel is not listed in the SDSR’s “Joint Force 2025” overview, suggesting that the type will be out of service by that date.

The Raytheon Shadow R1 Beechcraft King Air 350CER-based signals intelligence aircraft fleet will remain in service “until at least 2030”, the new SDSR notes. A surprise revelation is that the RAF’s six-strong fleet – five in service plus one trainer – on which details are rarely revealed, is listed as containing eight of the type by 2025, suggesting that an acquisition of two more will be made.

The Boeing E-3D Sentry airborne warning and control system aircraft and Boeing RC-135W Rivet Joint will both remain in service until 2035, suggesting that the former will receive an upgrade to extend its lifespan. 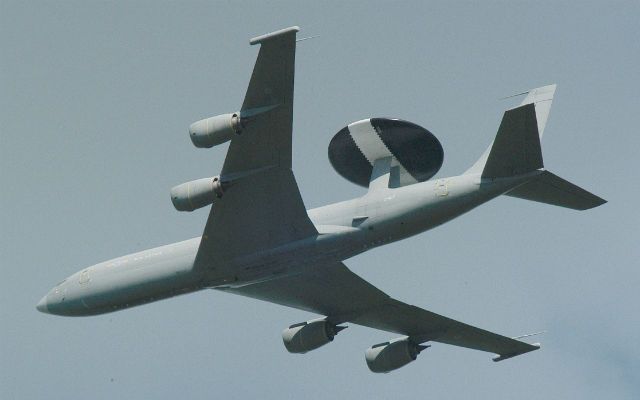 “We will adapt one of our existing Voyager aircraft so that, as well as its primary air tanking role, it can transport senior ministers securely, delivering better value for money than the current use of charter aircraft,” the SDSR document says. “The aircraft would also be available to the Royal Family.

The review also refers to “a recapitalised air transport fleet to enable our armed forces to intervene globally at speed. By 2016, we will have 14 Voyager air-to-air refuelling aircraft.”

The 22 Airbus Defence & Space A400M Atlas transports “will enhance our global reach”, the government says, which alongside the eight Boeing C-17 transports already in use and upgraded Lockheed Martin C-130J tactical transports, will provide the UK’s fixed-wing heavy-lift capability. The Hercules upgrade – which is believed to concern the RAF's 14 stretched-fuselage C-130J-30s – will allow them to operate until 2030, the government says. The 2010 SDSR had outlined a plan to dispose of the type by 2022.

While not specifically in the review itself, a reference to investment in a British-designed “new generation of surveillance drone that will fly at the very edge of the earth’s atmosphere for weeks on end”, which is presumed to be the Airbus Defence & Space Zephyr high-altitude pseudo-satellite, was made by Cameron on the day of the review’s release. SDSR simply refers to "investment in advanced high-altitude surveillance aircraft" for special forces.