Live firings of unguided S8 80mm (3.1in) rockets from the platform were performed on 19 December at the Nikinci test range in the north of the country using Serbia’s fifth and final example of the light-twin. 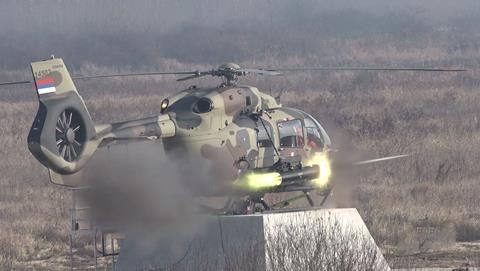 The armaments have been integrated with the HForce targeting and mission management system on the platform. 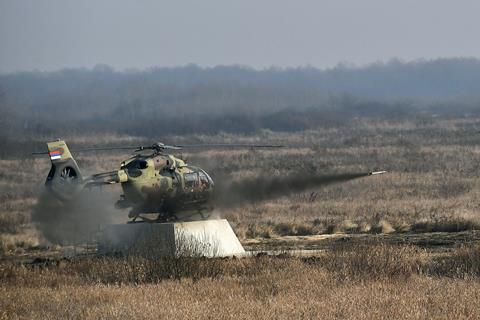 Delivered via an Antonov An-124 transport, the Mi-35s will be operated by 714 combat helicopter squadron from its Ladevci-Morava base. 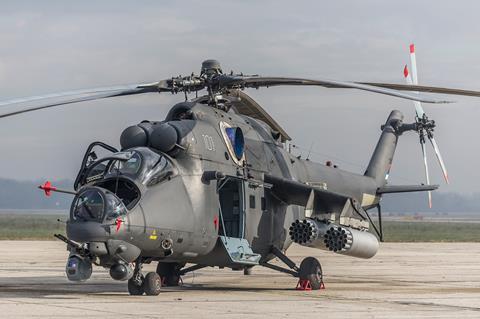 Serbia has not previously fielded dedicated attack helicopters, although it has armed both Mi-8 transports and licence-built Aerospatiale SA341/2 Gazelles.