Lockheed Martin and the US Navy have announced that the Sikorsky CH-53K King Stallion met all its test objectives in a key evaluation that took place months before a decision on launching low-rate initial production of the heavy-lift helicopter is expected to be made.

“All test objectives were met, and the aircraft performed very well. This further increases our confidence in the design, and is another key step to successfully fielding the CH-53K,” Col Hank Vanderborght, heavy lift helicopters programme manager for the USN, says in a statement released by Lockheed.

The operational assessment analyses how the King Stallion performs a range of required missions, including hovering with a 12,200kg (27,000lb) external load and carrying a 5,422kg load up to 110nm.

The CH-53K must pass the assessment for the Department of Defense to approve entering a low-rate initial production phase. A follow-up operational evaluation with production aircraft is required before the programme enters full-rate production. 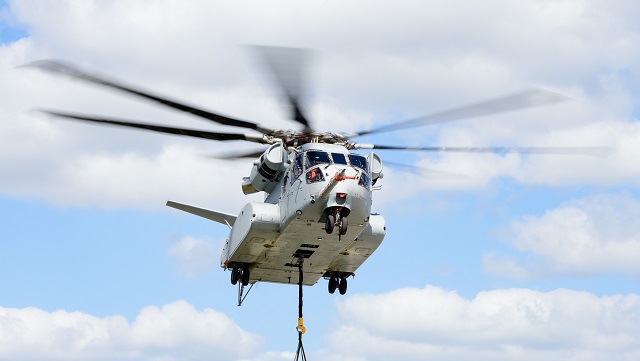 As the largest helicopter yet to be fielded by the US military, the CH-53K has been in development for 12 years. It is powered by the most powerful turboshaft engines in the US military inventory — GE Aviation’s 7,500shp-class T408s, which are also known as GE38s.

The US Marine Corps plans to buy 200 CH-53Ks, with the first four early production aircraft scheduled for delivery next year. It replaces the aging CH-53E.