As a new era of high-speed rotorcraft unfolds, a California-based aviation start-up unveiled yet a new approach to solving the puzzle of vertical flight: a combination tilt-wing and joined-wing with propulsive pitch control.

The Elytron proof-of-concept vehicle, the design of Toulouse native Oliver Garrow, made its debut in the HAI Heli-Expo exhibit hall. A first flight is scheduled for May or June, but it will be at least a decade before a production version is ready, Garrow says. 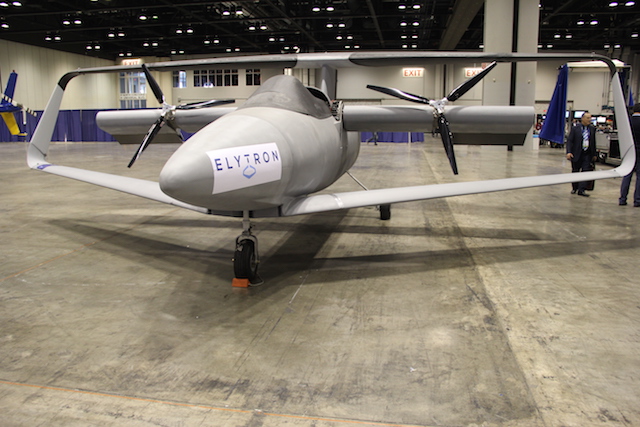 Garrow’s planned involvement is limited to demonstrating the unique configuration can manage the transition from vertical to horizontal flight. If that goal is achieved, Garrow will attempt to license the technology to a large manufacturer.

Garrow optimised the design to favour high-speed over vertical lift. The aircraft should have the power to hover, but the high disc-loading of the prop-rotor makes it inefficient. The extremely high lift-over-drag ratio of the joined-wing, however, should make the Elytron very efficient in forward flight, he says.

A “slippery” airfoil section on the wing also should make the aircraft faster than its planned rivals, he says. AgustaWestland describes the AW609 with 275kt forward speed, but a 10-seat version of the Elytron should reach up to 360kt, he says.

“It’s much more like an airplane that can do vertical mode than a helicopter that has wings,” he says.