Sweden has received the first NH Industries (NHI) NH90 transport helicopter designed for anti-submarine warfare (ASW), and has confirmed plans to convert four of its in-service search and rescue (SAR) variants into the same configuration.

From a total Swedish order for 18 NH90s placed in 2001, 11 SAR variants of the tactical transport helicopter (TTH) plus one ASW variant have now been delivered, Flightglobal’s Fleets Analyzer database shows.

Of the former, four will be converted into the ASW configuration, to result in a total of nine of each type in service, NHI’s largest shareholder, Airbus Helicopters, says.

The ASW TTH model for Sweden consists of a customised mission system, including sonar, tactical radar and a high cabin for more internal space for personnel. 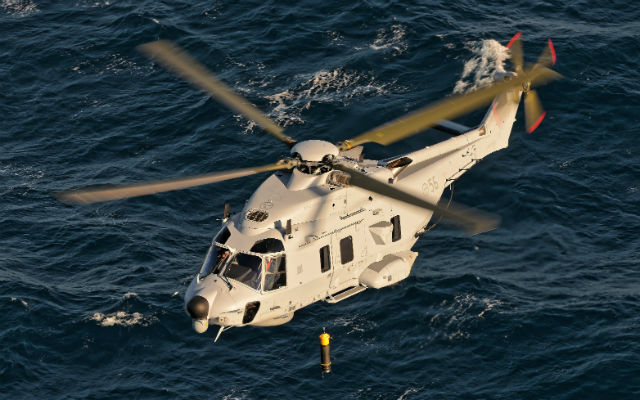 “With 260 NH90s already delivered to 13 different nations and nearly 100,000 flying hours in operation, this combat-proven helicopter is now confirming its worth at the hands of the most demanding customers around the globe,” Wolfgang Schoder, head of light and governmental programmes at Airbus Helicopters, says.

“In terms of versatility and customisability, the Swedish NH90 ASW demonstrates the benefits of an integrated, highly powerful, fly-by-wire helicopter platform. Specially tailored for its maritime missions and the operative environment in the Baltic Sea, this helicopter is best suited for the customer’s requirements.”