The air force squadron’s personnel are embedded with Sikorsky to help with testing of the helicopter. The manufacturer’s test pilots have been flying the aircraft since May. 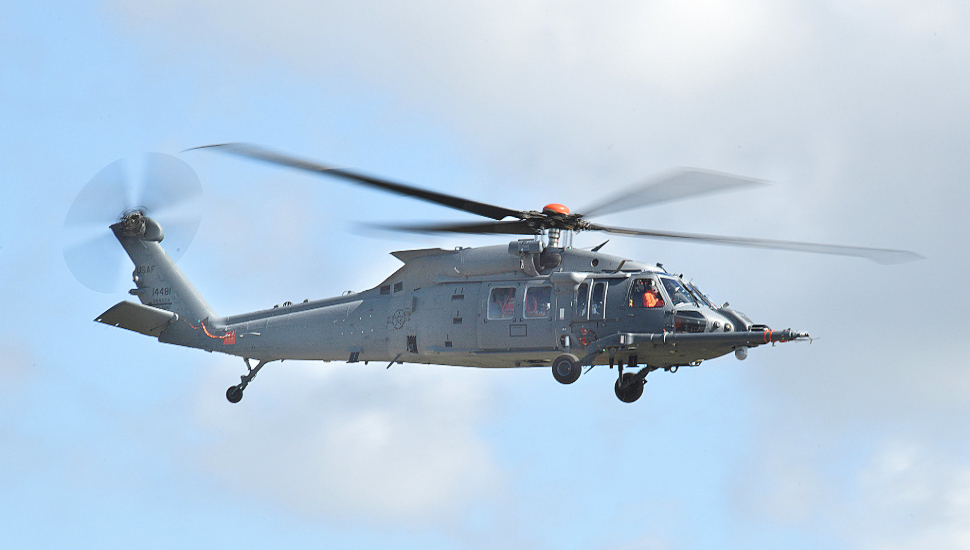 The purpose of the USAF test flight was to collect level flight performance data required to move the programme into the production and deployment phase of the acquisition process, says the USAF.

“Performance testing requires extremely precise aircraft control, and our test pilot maintained tolerances of plus or minus one knot of airspeed, 20ft of altitude and less than 100ft/min (.51m/s) vertical speed, flying by hand,” says Lieutenant Colonel Wayne Dirkes of the 413th.

There are six aircraft dedicated to the developmental test programme.

The USAF wants HH-60Ws produced and deployed as soon as possible because its 96 HH-60G Pave Hawk rescue helicopters have exceeded their expected service lives of 6,000h of flight, according to a US Government Accountability Office report released in August 2018. At that time, those helicopters had logged an average of 7,100h of flight.

However, the programme has suffered delays which set back the HH-60W’s first flight by about eight months. One issue was the HH-60W’s fuel cell, which has several design and manufacturing deficiencies, including exceeding the weight allowance and not meeting military standards for normal temperature, cold temperature and self-sealing performance, according to a Director of Operational Test and Evaluation report released in January 2019.

The USAF programme of record calls for 113 aircraft to replace its aging HH-60G Pave Hawk helicopters. The 413th’s HH-60W operations are scheduled to begin at Eglin AFB in Florida this fall.