The service aims to demonstrate the functionality, accuracy and safety of three gun options for the new combat rescue helicopter, the USAF said on 16 September. The helicopter was grounded for the initial live-fire tests. 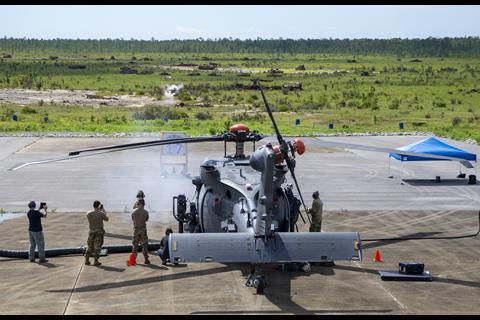 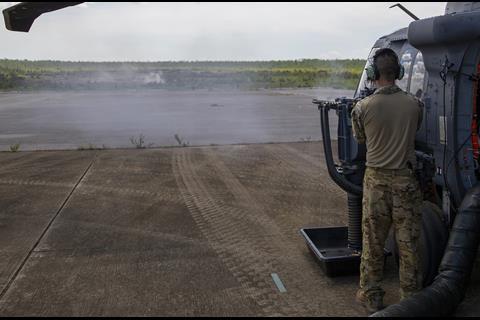 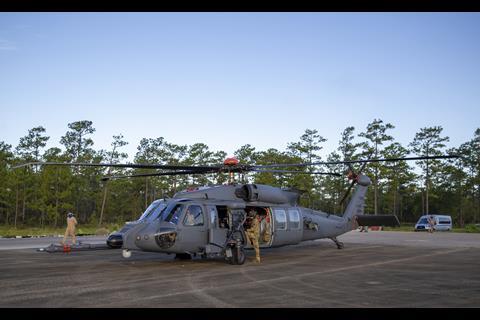 Gun data will be sent to the USAF’s Non-Nuclear Munitions Safety Board, which will evaluate performance and clear the HH-60W for in-flight live-fire testing. The service anticipates this process to begin in late 2020.

“The helicopter’s guns can rotate independently, providing an almost 360° firing arc,” says the USAF. “This created a unique challenge for the squadron’s engineers to develop test and safety plans not typically encountered with fixed-wing aircraft.”

The service is also examining if heavy-gun percussions can injure gun operators.

“The crew wore special instrumentation that measured the weapon’s blast effects on their bodies,” says the USAF. “That data is part of a larger [Department of Defense] study to better understand the effects of weapon blast on the human body, specifically as it relates to traumatic brain injury. The goal is to reduce injuries to service members who operate such weapons.”

The service’s combat rescue helicopter programme of record calls for 113 HH-60Ws to replace its fleet of HH-60G Pave Hawks. The first production example of the HH-60W is scheduled for delivery in April 2021.