The US Army wants a replacement for the Sikorsky UH-60 Black Hawk – called the Future Long Range Assault Aircraft (FLRAA) – delivered to its first units by FY2030.

To reach that deadline, the service is pursuing an accelerated programme with plans to award a production contract by the fourth quarter of FY2021 and aims to have a rotorcraft flying by the third quarter of FY2024. The US Army will lead the FLRAA programme. Special Operations Command and the United States Marine Corps will piggyback on its development efforts, launching their own acquisition programmes about two years later. 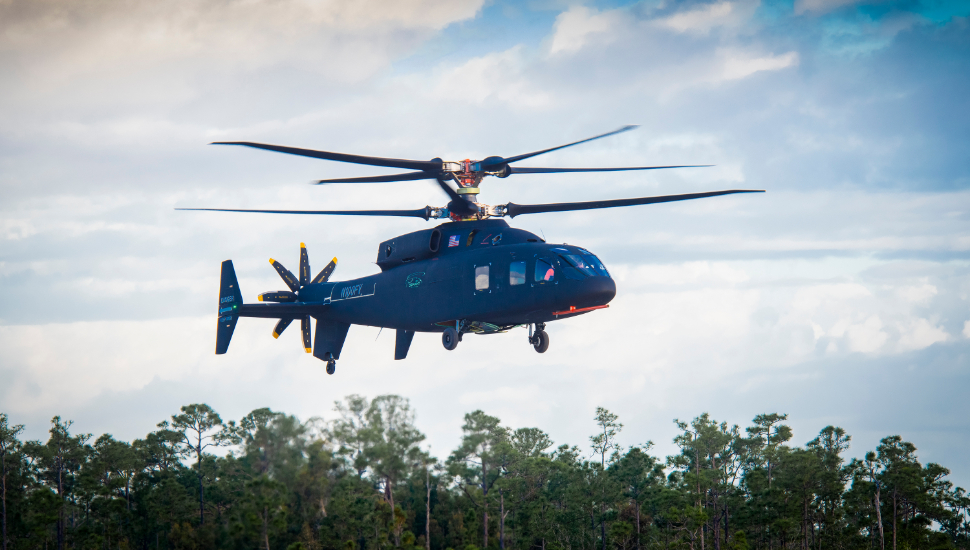 The US Army wants each aircraft to have an average unit manufacturing cost of $43 million. That’s significantly more than the average unit cost of its current asset, the UH-60M, for which the service paid about $20 million a unit on average in FY2019.

In addition to the crew, the service wants the rotorcraft to be able to carry 12 passengers. The external payload capacity should be at least 4,536kg (10,000lb) for 110nm at no slower speed than 140kt.

The US Army also wants a rotorcraft that can fly in high and hot conditions. It should be able to deliver 100% maximum continuous power to perform a 50 ft/min (0.25m/s) vertical rate of climb from a hover out of ground effect at mission start, at up to 6,000ft and 35°C (95°F). It must be able to do that while carrying 12 passengers and enough fuel to reach a 122nm combat radius with a 30min fuel reserve.

For its part, the USMC’s requirements are even more ambitious, including an unrefuelled combat radius of 450nm (833km) with 30min loiter. The service also wants a maximum continuous cruise speed of 295kt at 90% maximum continuous power and 330kt indicated airspeed at 100% of intermediate rated power.

Because of those higher performance requests the US Army says that respondents should submit standalone designs if they consider it unfeasible or cost prohibitive to modify the Army variant to meet the USMC requirements.

The USMC also asks for an attack variant of FLRAA that is supposed to have as much commonality as possible with its utility requirements.

The attack rotorcraft should carry internal weapons, including a turreted or fixed-gun system capable of being employed at distances greater than 1.1nm, air-to-ground missile-like capability, guided and unguided rockets, and air-to-air missiles, as well as the ability to employ tactical unmanned air vehicles from on board the aircraft, says the notice.

Leading contenders for the FLRAA programme include two technology demonstrators: the Sikorsky-Boeing SB-1 Defiant compound helicopter, which made its first flight on 21 March 2019, and Bell V-280 Valor tiltrotor, which has been flying since December 2017.