The US Army is eyeing futuristic weapons and other upgrades for the Boeing AH-64 Apache attack helicopter, such as directed energy weapons and a compound wing, as it believes a replacement aircraft is not expected within the next decade.

The plans are aimed at keeping the Apache relevant for decades to come as the Future Vertical Lift programme’s replacement for the attack helicopter, Capability Set Three, isn’t due to be fielded until at least 2030.

Potential upgrades include a composite tail boom, vertical stabilizer and tail rotor blade. Possible changes to the design of the aircraft include the addition of a compound wing and propulsor. The Army is also keen on updating the gunship’s arsenal with small guided munitions and directed energy weapons. 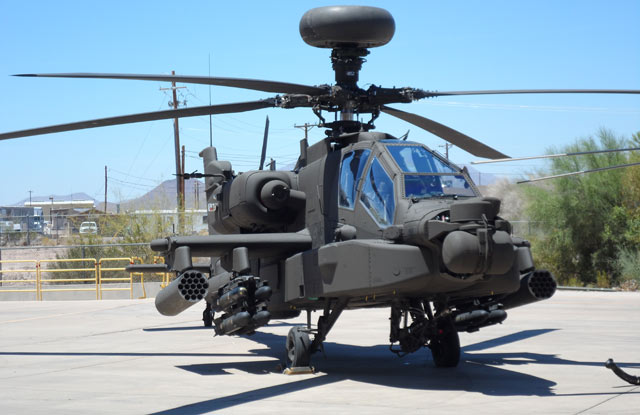 “You’re not going to replace 791 Apaches overnight,” said Richard Tyler, deputy project manager, Apache Attack Helicopter programme, during a presentation at AHS International's 74th Annual Forum & Technology Display conference in Phoenix, Arizona. “We see the Apache going forward for quite a number of years. We want to keep it relevant. We are going to leverage the work being done in FVL and in ITEP.”

There is likely to be more than a 20 year transition period, he added.

“That is driven by economics,” said Tyler. “You can’t do a straight, full-up replacement. Over time, yes, but not right out of the gate.”