The US Army is formally soliciting Future Attack Reconnaissance Aircraft proposals from the aviation industry.

The service's Future Attack Reconnaissance Aircraft Competitive Prototyping programme (FARA CP) will fund an effort to design, build, and test two aircraft, the service said in an online notice posted 3 October. The results of this prototyping and test effort will support a decision to enter into a formal programme of record in 2024.

The Future Attack Reconnaissance Aircraft will be comparable in size to Future Vertical Lift Capability Set 1, a light-attack and scouting aircraft with a minimum internal payload of six passengers.

The US Army envisions the aircraft would be a manned rotorcraft with software automation to reduce pilot workloads and with ability to sustain a high operational tempo with extended maintenance-free periods. The helicopter would have autonomous capabilities, be able to team with unmanned systems and play the center role of an integrated air defense system breaching team.

“Army aviation must operate in highly contested [and] complex airspace and degraded environments against peer [or] near-peer adversaries capable of an advanced integrated air defense system,” the service says in its notice. “The army currently lacks the ability to conduct armed reconnaissance, light attack, and security with improved stand-off and lethal and non-lethal capabilities with a platform sized to hide in radar clutter and for the urban canyons of mega cities.” 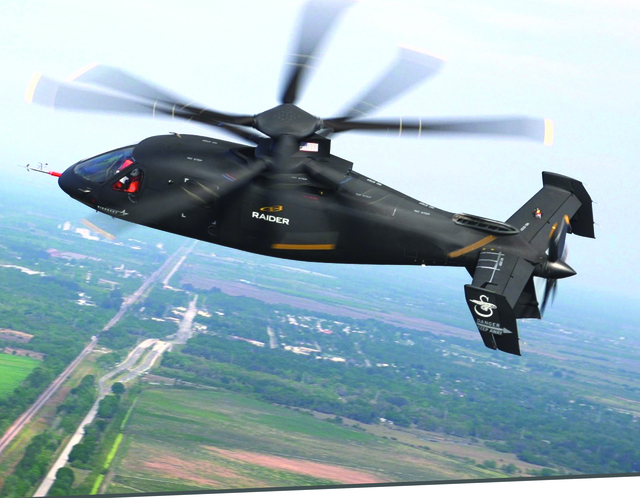 In fiscal year 2019, the service anticipates making four to six initial awards based on proposed conceptual designs and approaches. Then, industry participants will have approximately nine months to develop preliminary designs and provide the government with data and insight required to select two companies or teams for the next competitive phase.

The two companies or teams selected will proceed to a detail design, build, and test phase. Prototypes are expected to first fly in the first quarter of 2023, with a fly-off competition planned between the contending aircraft for the fourth quarter of that year. The US Army aims to select a winning rotorcraft and transition to a programme of record in 2024.

The government wants the aircraft to have initial operation capability by 2028 and foresees production quantities up to 500 aircraft.

Currently, only a few clean-sheet rotorcrafts have the flight hours and performance to fulfill the US Army’s Capability Set 1 vision, including the Sikorsky S-97 Raider, Airbus Helicopters Eurocopter X³ and Leonardo AW609.

However, participation is limited to US firms as prime contractors, though foreign-owned entities can participate as subcontractors or recipients to US prime contractors. That means Airbus or Leonardo, should they choose to modify their civilian rotorcraft to meet the US Army’s criteria, would have to bid jointly with an American manufacturer to compete.

That leaves the Sikorsky S-97 as the sole US bid with flight hours, though other manufacturers have previously put forward concepts. On 4 October Sikorsky announced its S-97 Raider prototype recently reached a new top speed by exceeding 200kt (370km/h) in a test flight.