US Marine Corps confident of tiltrotor performance for FLRAA

The USMC plans to piggyback on the US Army-run FLRAA programme, though it wants a next-generation utility rotorcraft with even more capability than the US Army is asking, in particular the ability to cruise at least 270kt, which is the cruise speed of the Bell Boeing V-22.

Such a desire appears to give an advantage to Bell’s tiltrotor, the V-280 Valor, which has reached a top speed of 300kt. Leonardo’s AW609 tiltrotor has a maximum cruise speed of 275kt, though the Italian company is limited in its ability to add armaments to the aircraft due to a licensing agreement with Bell who supplied the initial intellectual property for the project. 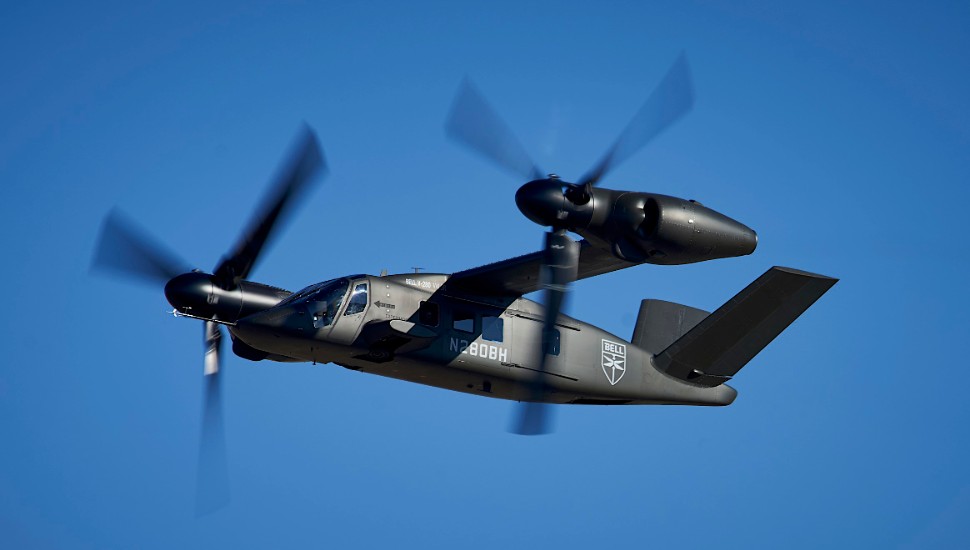 “For the United States Marines Corps, we need something that can keep up with the V-22,” says Rudder, at the Navy League Sea-Air-Space conference in National Harbor, Maryland. “All of us in the joint force agree on many different things. One of them is speed and range. You got to get their quicker. You got to be agile. You’ve got to have the ability to outfly your adversary and create dilemmas, like we do with the V-22, either off the ship or the many places we operate around the world with it. I think with FVL our sense is that a tiltrotor concept is in the offing and we are really interested in that speed, range and capability.”

However, the USMC’s confidence in tiltrotor technology doesn’t mean the Sikorsky Boeing SB-1 Defiant compound helicopter demonstrator is already out of the running, says Rudder. The SB-1 began limited flight testing this year and is targeting top speeds around 270kt, though not the ability to cruise at that rate.

“I only say tiltrotor because we have tiltrotor [technology] and I know we can go fast,” Rudder says. “Not having seen the other asset fly, maybe it can go 270kt, I don’t know. But we are going to keep an open mind about all the competitive industry partners out there.”

The USMC wants a next-generation rotorcraft with a maximum continuous cruise speed of 295kt at 90% maximum continuous power and 330kt indicated airspeed at 100% of intermediate rated power. It wants that aircraft to have an unrefuelled combat radius of 450nm (833km) with 30min loiter.

The USMC also wants an attack variant of FLRAA that is supposed to have as much commonality as possible with its utility requirements – similar to the way its Bell AH-1Z attack helicopter and UH-1Y and utility helicopter share 85% of parts. The service wants the attack rotorcraft to carry internal weapons, including a turreted or fixed-gun system capable of being employed at distances greater than 1.1nm, air-to-ground missile-like capability, guided and unguided rockets, and air-to-air missiles, as well as the ability to employ tactical unmanned air vehicles from on board the aircraft, says the notice.