The US Marine Corps issued a request for information for its proposed ship-based vertical takeoff and landing drone, the MUX aircraft, on 8 March.

MUX, which is short for Marine Air Ground Task Force – Unmanned Expeditionary Capabilities programme, would operate autonomously from the deck of an amphibious assault ship and is designed to fill what the USMC sees as its current inability to provide persistent multi-role aerial coverage 350nm (648km) beyond its ships.

The MUX’s multiple roles would include early warning defence, reconnaissance, electronic warfare, and communications relay capabilities, according to the USMC’s request for information. A secondary priority for the aircraft would be offensive air support. The aircraft may also be used for aerial escort and cargo missions, but the USMC indicated that those capabilities are lesser priorities and would likely be taken up by other aircraft.

The aircraft is to have a combat radius between 350nm and 700nm unrefueled with a payload, as well as cruise speeds from 200kt to 300kt (370 km/h to 556 km/h) with full payload. The USMC said in the RFI that MUX’s range would complement the long range capabilities of Lockheed Martin’s F-35B and F-35C, Sikorsky CH-53K King Stallion, Bell Boeing V-22 Osprey and its Future Vertical Lift aircraft. 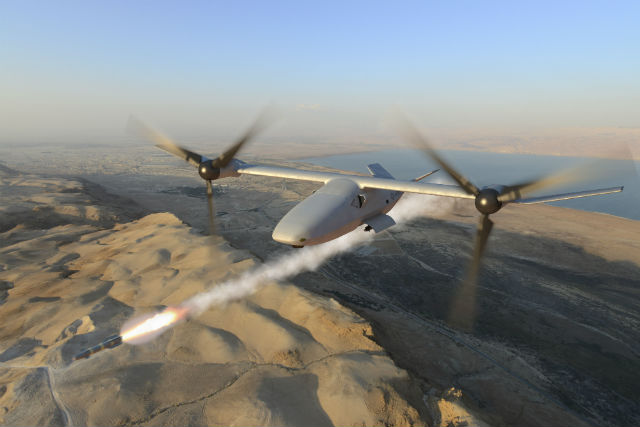 The idea for MUX initially was broached by the USMC in August 2016. Thus far, Boeing, Lockheed, Northrop Grumman and Bell each have floated aircraft designs that could possibly be in contention for the MUX role. Lockheed Martin said it intended to submit information for the request. Questions about participating in the USMC’s request for information delivered via email and phone to the other aerospace manufacturers were not returned.