Sikorsky expects the US Air Force (USAF) to make a Milestone C decision for its Combat Rescue Helicopter (CRH) on 24 September, paving the way for a low rate initial production contract worth more than $500 million for 10 aircraft to be signed shortly thereafter.

The first production helicopter is scheduled for delivery in April 2021, says Sikorsky.

The total programme of record for the CRH is 113 aircraft. Those helicopters are to replace aging HH-60G Pave Hawks, which have been flown far past their expected service life after years of service in Afghanistan and Iraq. 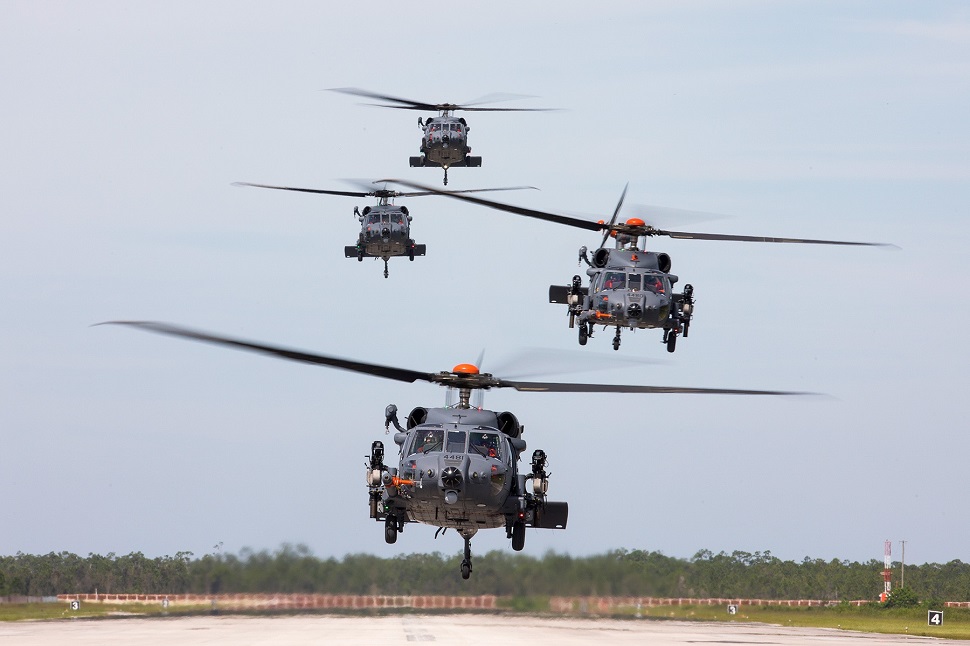 Sikorsky has 135h of flight time on the new HH-60W

The Lockheed Martin unit also expects to the USAF to give its HH-60W helicopter a formal name in October.

In total, Sikorsky says it has put 135h of flight time on five pre-production HH-60Ws since the type first took flight on May. Those helicopters are part of the company’s $1.2 billion design and development contract with the USAF to build 10 HH-60Ws: five as engineering, manufacturing and development examples and five as system demonstration test article examples. Those aircraft will later be brought to production standards and added to the 113-helicopter fleet.

The CRH is based on the HH-60M Black Hawk, though it has improved performance. For instance, the helicopter has additional armour and a 195nm (361km) combat radius thanks to an internal fuel tank that is the double the baseline size.

As Sikorsky readies for a production contract from the USAF, the company is also hoping to sell the CRH overseas. The USAF has said that six countries are eyeing the helicopter, but thus far has only disclosed one prospective buyer, the United Arab Emirates. Sikorsky declines to comment on potential Foreign Military Sales of the helicopter.