The US Marine Corps issued a request for information for its Attack Utility Replacement Aircraft (AURA) programme, formally launching its search for a rotorcraft to succeed the Vietnam War-era Bell UH-1 utility and AH-1 attack helicopters.

Using the request, the service intends to ask the defence industry for comments on air vehicle and engine design, mission systems development, primary systems integration and engineering and software development, according to a notice posted by US Naval Air Systems Command (NAVAIR) on 16 September.

The USMC is piggybacking on development efforts led by the US Army’s Future Long Range Assault Aircraft (FRLAA) programme. It had previously said it planned to launch an acquisition programme about two years later. Leading competitors for that programme include Bell’s V-280 Valor tiltrotor and Lockheed Martin-Boeing’s SB-1 Defiant compound helicopter. 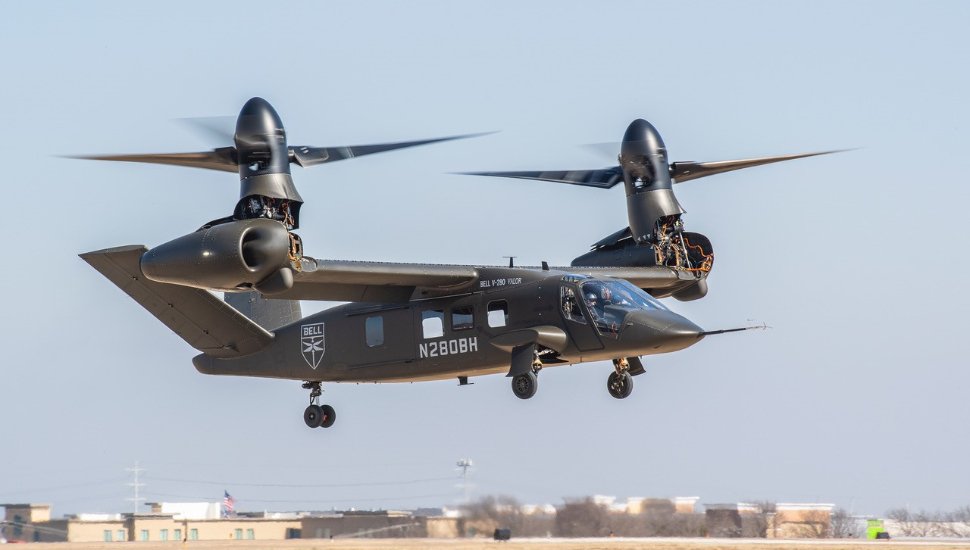 As part of the AURA programme, NAVAIR plans to award what it calls “concept advancement contracts” to multiple vendors between fiscal year 2020 and FY2023. That would take place before the programme’s Milestone A decision – the go-ahead project review that proceeds the technology maturation and risk reduction phase. The concept advancement contracts would pay companies to mature their engineering and software work, giving the service competing alternatives.

The USMC’s requirements are even more ambitious than the US Army’s, including an un-refuelled combat radius of 450nm (833km), with a 30min loiter. The service also wants a maximum continuous cruise speed of 295kt (546km/h) at 90% maximum continuous power and 330kt indicated airspeed at 100% of intermediate-rated power.

USMC Lieutenant General Steven Rudder, deputy commandant for aviation, said in May at the Navy League conference that those higher speed requirements are to allow the next generation utility and attack aircraft to keep up with the Bell Boeing V-22 Osprey.

The USMC also asked for an attack variant with as much commonality as possible with its utility variant. The service’s AH-1 attack helicopter is based on its UH-1, with the two models sharing 85% of parts, says Bell. Parts sharing between aircraft is useful to the USMC as its expeditionary warfare mission means it often operates in austere conditions, cutoff from established supply chains.

NAVAIR says it will collect responses from defence companies to its request for information between 22 November and 1 January 2020.