Two civilian US government agencies plan to expand unmanned air systems (UAS) operations into new roles, including search and rescue, as the US Federal Aviation Administration works to broaden the rule allowing small drones access to the national airspace.

Those were among the highlights of a day-long workshop on the integration of UAS in the airspace hosted on 2 August by the White House office of science and technology policy.

Held four weeks before the FAA’s small UAS rule takes effect on 29 August, the White House event sought to build momentum for a commercial drone industry that the Obama Administration estimates could support 100,000 new jobs by 2025.

The rule itself was a measured half-step towards granting small UAS regular access to the national airspace, allowing commercial operators over 16 years old the right to fly UAS weighing less than 25kg (55lb) up to 400ft altitude in remote areas. Though the rule removes a cumbersome process of applying for an exemption on each UAS flight, the rule remains highly restrictive compared to manned aviation access to US airspace.

The FAA plans to gradually add more freedoms within the rule over time. By the end of the year, the agency plans to publish a rule allowing small UAS to fly over people under certain conditions, Michael Huerta, FAA Administrator, says at the day-long workshop. The next step could be allowing UAS to operate up to 2-3 miles away from the operator. 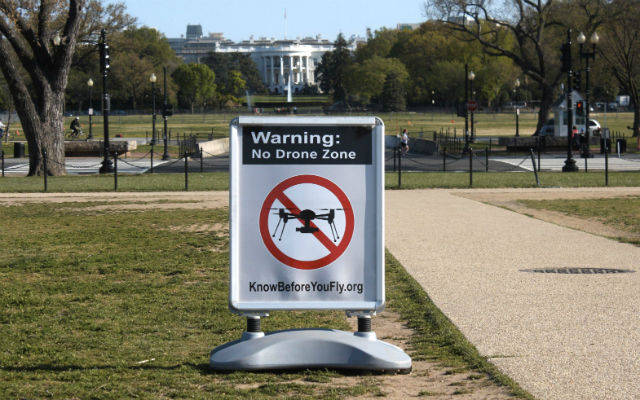 In the meantime, federal agencies are pushing UAS operations into new missions. The Department of Interior, which maintains a fleet of UAVs with the Forest Service, plans to create a training programme of UAS in search and rescue operations by October 2018.

Interior’s fleet also will receive new payloads in 2017, allowing them to operate missions normally flown by manned aircraft. The National Oceanic and Atmospheric Administration (NOAA) also plans to induct UAVs onto shipboard operations, and an optionally manned aircraft will be used by 2017 to collect gravity measurements, helping to improve flood plain maps with a new vertical elevation reference system.

The White House also announced a new role for the six UAS test sites established by the FAA two years ago.

At that time, Google complained that the FAA’s restrictions had forced the company to move an autonomous cargo delivery project called Project Wing to Australia. Now, Google will conduct an experiment with the UAV-based delivery system at one of the agency’s test sites. FAA rules still prohibit cargo delivery by unmanned systems, but the Project Wing experiment will help inform the agency’s regulators about the capabilities and concerns of such operations.