A deadly US Air Force C-130J crash at Jalalabad Airfield in Afghanistan on 2 October 2015 that killed everyone onboard, plus three Afghani security personnel manning the guard tower it struck, was caused by a hard-shell night vision goggle case placed in front of the yoke.

According to the air force’s newly released accident investigation report, the C-130J pilot used the night vision goggle (NVG) case to keep the aircraft’s elevator up as tall cargo was loaded on the ramp.

However, over the next 50min and during the final preflight check, the pilot and copilot seemingly forgot to remove the hard case prior to takeoff.

Once the aircraft became airborne just after midnight, it continued to pitch upwards, quickly reaching 42° nose up.

In the 11s from lift-off to the first stall warning, the pilot and copilot incorrectly assumed it was a trim malfunction and therefore used the wrong procedures to try and regain control of the aircraft.

The C-130J had been airborne for just 28s when it careered into Jalalabad Airfield's perimeter wall and guard tower right of the runway at 112kts (207km/h) and 14° nose down. The descent rate was in excess of 2,438m per minute, and the aircraft exploded on impact and was completely destroyed, the accident report says. 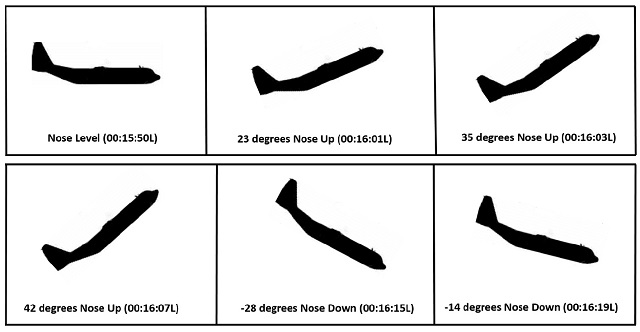 The aircraft and its cargo were valued at $58 million. There were 11 people onboard, including the pilot, copilot, two loadmasters, two fly-away security team members and five contractor passengers.

“The causes of the mishap were the pilot’s placement of the hard-shell NVG case in front of the yoke blocking forward movement of the flight controls, the distractions experienced by the pilot and mishap copilot during the course of the engine running onload/offload and the misidentification of the malfunction once airborne,” the report states. “Environmental conditions, inaccurate expectations and fixation substantially contributed to the mishap.”

It had already been a bad night for the C-130J and its crew. The report notes that the aircraft experienced a bird strike when taking off from Bagram Airfield at 21:36 on the first leg of its journey. It returned to Bagram for a mechanical inspected prior to leaving for Jalalabad. 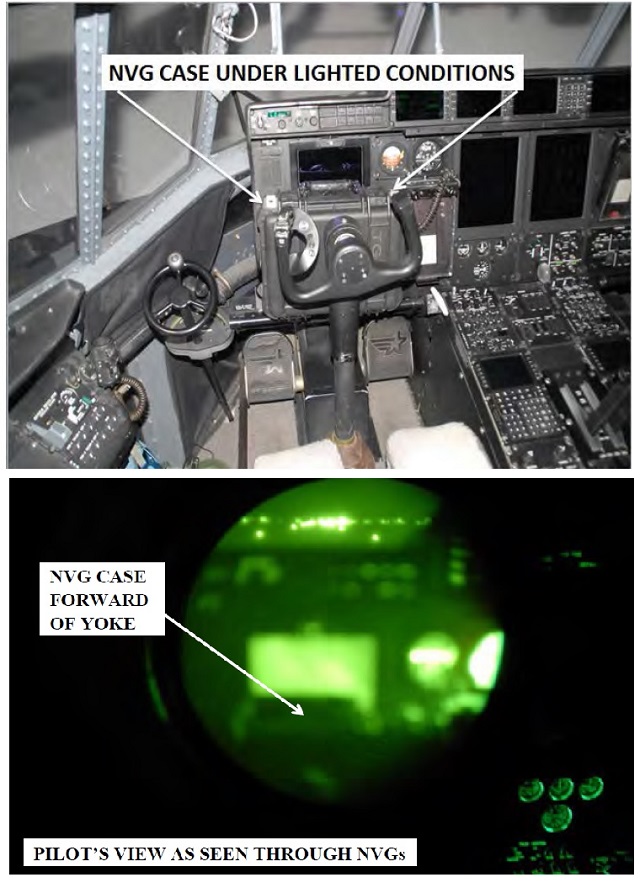 The flightcrew were wearing NVGs