Israel Aerospace Industries has extended the endurance of its BirdEye 400 mini unmanned air vehicle to over 2h, with the step having been achieved by using an improved power source.

Produced by the company's Malat division, the BirdEye 400 has a 2.2m (7.2ft) wingspan and a maximum take-off weight of 5.6kg (12.3lb). Powered by an electric propulsion system, which reduces the air vehicle's noise signature and audio detection probability, the type has a maximum speed of 45kt (83km/h) and an operational range of 5.4nm (10 km). 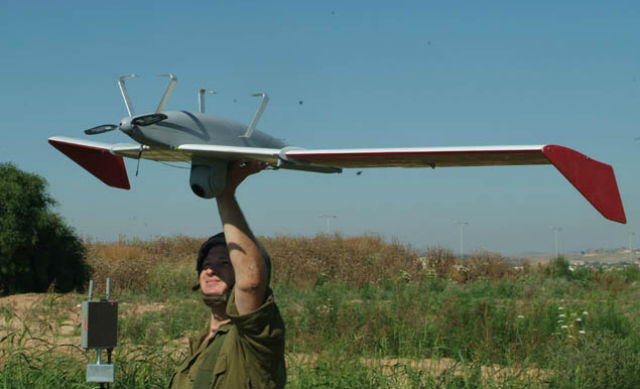 Each system comprises three of the UAS – which carries an IAI MicroPop electro-optical/infrared sensor – a ground control unit and a satellite datalink. An automatic flight control system manages take-off and landing, and can manage recovery of the aircraft if the communication link with its ground control unit fails.

IAI has previously exported the BirdEye 400 to a number of counties, including Russia, where Oboronprom partnered with the company for a $400 million contact signed in 2011 that also included other types of UAS. According to Russian press reports, at least 12 BirdEye systems were included in the deal.

Operational examples of the BirdEye 400 are being upgraded now to take advantage of the endurance boost, an IAI source says.