Russian manufacturer Ilyushin has decided to equip the Il-112V light military transport with electrically-driven wing flaps, according to supplier Technodynamica.

Ilyushin selected the Rostec subsidiary that specializes in aircraft systems to supply the electric power systems to drive the flaps, Technodynamica says in a 13 August news release.

The decision indicates that Russia is pursuing a higher level of sophistication for the twin-turboprop Il-112V aircraft, which is scheduled to enter service after 2016.

Most aircraft traditionally use hydraulics or a combination of hydraulic-powered actuators and electrically-driven controllers to move wing flaps. 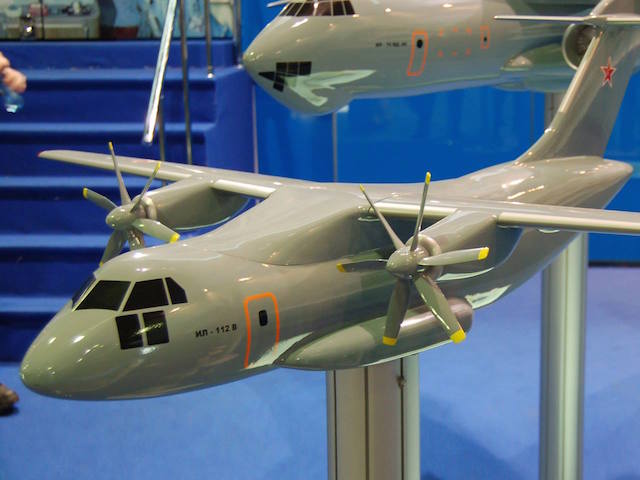 But Technodynamica is developing a system for the Il-112V that uses electric power alone, according to the company’s news release.

Maksim Koziuk, general director of Technodynamica, says the decision reflects “another step” toward fulfilling the concept of a more-electric aircraft. The goal is replace hydraulic and pneumatic power systems on aircraft with lighter and more reliable electric-driven systems.

Developing the capability on the Il-112V will give Technodynamica a new market advantage as a reseller, Koziuk says in the news release.

Technodynamica also is supplying the hydraulic cylinders, oxygen equipment and the main electric system for the Il-112V, the company says.

Russia has revived development of the Il-112V as concerns grow about continued access to the Antonov An-140, a Ukrainian-made aircraft now relied on for the light transport mission.