US air taxi company ImagineAir is planning to double its Cirrus SR22 fleet over the next 12 months through the introduction of an ownership programme targeted at regular users of its on-demand service.

The Lawrenceville, Georgia-headquartered company is already the largest commercial operator of the four-seat piston single, with 11 of the type in its lineup.

It is hoping the new initiative – dubbed Platinum Membership – will help boost the inventory to more than 20 before the end of 2016.

“Demand for our service is growing year-on-year,” says ImagineAir co-founder and chief executive Ben Hamilton. The 10-year old company operates more than 5,000 flights per year, serving customers on the US East Coast.

Hamilton attributes the growing appetite for its niche charter offering to an increasing dissatisfaction with airline travel.

"Light aircraft like the SR22 provide a cost- and time-efficient alternative to regional airline travel,” he says. 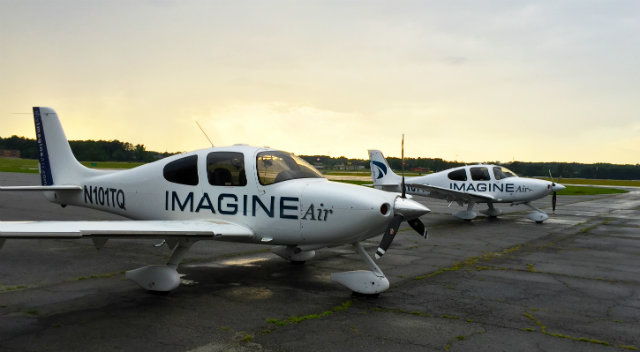 Such small types can also fly point-to-point, due to their ability to operate from hundreds of airports and aerodromes, he continues, so customers can avoid the congested airline hub-and-spoke system.

“We now need to grow the fleet quickly in order to satisfy the growing demand for our service. This latest strategy will help us to do that,” says Hamilton.

Platinum Membership is targeted at ImagineAir customers who fly at least two regional trips per month. “They will purchase the SR22 [at a cost of $677,000] from Cirrus and then lease it back to us for a four-year term,” says Hamilton.

The aircraft will be absorbed into the ImagineAir fleet and painted, at the operator’s expense, in its homogeneous blue and white livery.

In exchange, these owners will receive more than $200,000 of free, unlimited travel – equivalent to about 200 one-way flights. ImagineAir will also cover the crew, hangar, insurance and fuel costs, Hamilton says.

“Our Platinum members get a hassle-free, maintenance-free travel and ownership experience,” he continues.