For a quick summary of the aerospace industry financial situation today, think three words: civil versus defence. The 2011 financial data analysed by PwC to compile our latest Top 100 report on the following pages highlights the beginning of the end of the post-9/11 military spending surge, but the economic impact on defence-focused companies will not really hit hard until 2013. 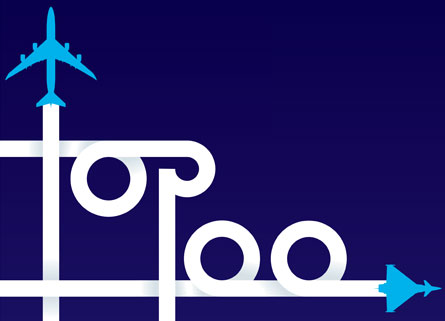 Indeed, next year threatens to open with US military spending - the motor behind much industry growth - dropping off a so-called "fiscal cliff" of automatic cuts set for 1 January. Between now and then it would take an extraordinary outbreak of bipartisan collaboration to resolve this budget impasse, and even November's elections may fail to break Washington's political deadlock.

At companies where business is balanced between civil and defence, rising civil sales are typically more than offsetting declines on the defence side, and programmes such as the Boeing 787 and 737, or Airbus A320 and - soon - A350 are starting to drive revenue growth along their supply chains. But for those heavily reliant on defence, the response to this market schizophrenia is going to be the defining story of the aerospace industry for the next several years.

PwC strategy director Anna Sargeant, who leads the Top 100 analysis team, says the industry needs to recognise that the current round of military spending cuts is not a cyclical budget squeeze that will be reversed in time. Governments, she says, are changing their attitudes to risk and may not return to the market with deep pockets: "The wave is not really there to be ridden any more."