The aircraft appears to date from a 2001 order, but before the release of images of the new-build aircraft by the ESM provider Leonardo, no details of its manufacture had emerged.

Assembled under licence by Indonesian Aerospace (IAe), it joins a CN235 MPA already operated by the air force that was delivered in 2008. Indonesia’s navy also uses three CN235 MPAs, between two and three years old, and has two more on order, Flight Fleets Analyzer shows. 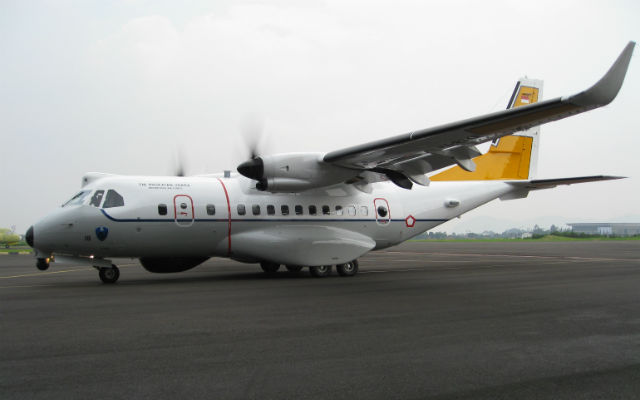 Leonardo was contracted to supply its Sage ESM system in June 2015, and integration was carried out this year. It marks the first operational use of Sage on a fixed-wing aircraft, with it having previously been fitted to a number of rotary-winged types.

The integration was led locally by IAe – working with Integrated Surveillance and Defense in the USA – with flight testing on the aircraft having taken place “during the summer”.

Sage passively identifies radio frequencies and compares them with an emitter library in order to identify threats and locate them.