I was always interested in things mechanical and, even at 10 years old, I was rebuilding old engines and was a keen aero modeller. After joining the Royal Air Force section of the school Combined Cadet Force, I needed little further convincing that I wanted to join the RAF, especially after a trip to Germany aged 16 gave me my stunning first jet flight in a two-seat Gloster Meteor. There is no ejection seat: just dive over the rear of the wing when you have to bail out…

Tell us about your career to date.

I joined the RAF straight from school for engineering training and limited flight training on de Havilland Canada DHC-1 Chipmunks. After getting a Dip Tech (subsequently converted to a BSc) in aeronautical engineering, at the age of 22, I found myself responsible for the line maintenance of some 40 Jet Provosts, before being selected for full flying training on Jet Provosts, and then for advanced training on helicopters – definitely the best fun to fly. After 29 years in the RAF, in ranks up to Air Commodore, I joined Shell in 1989 where, having learned the business – 15 countries per year for three years – I went on to become managing director of Shell Aircraft, accountable for all Shell’s flight operations worldwide, amounting to more than 100,000 flying hours per year. In 1994, during my time with Shell, I became involved in the European Business Aviation Association (EBAA), subsequently serving as a governor, treasurer, chairman, chief executive and president – so I think I can also say I have had a full third career with EBAA spanning over 20 years. 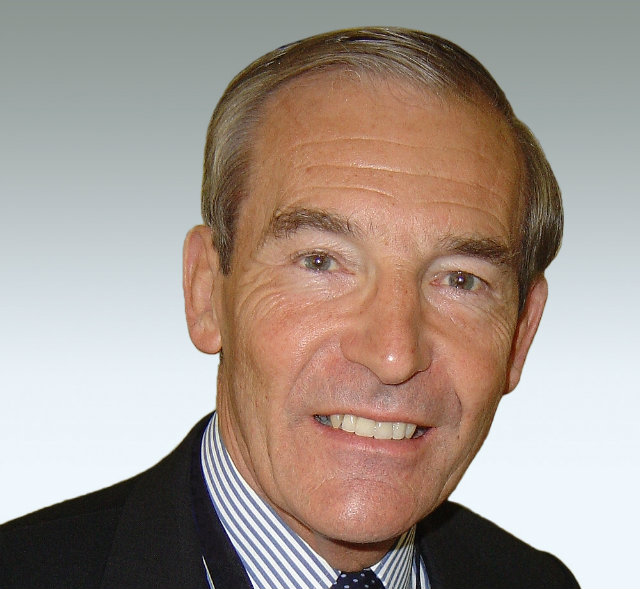 Aviation has given me such a wonderful and varied career it is difficult to pick out the highlights. However, being an engineering officer on Westland Whirlwind helicopters, also able to fly and air test them, was certainly one. Another was three years in Hong Kong in my early 30s as the chief engineer responsible for resident Wessex helicopters, visiting Vickers VC10s, Britannias and Hercules – as was helping to sort out some serious airworthiness problems on the Aérospatiale Puma at Odiham in the late 1970s. After joining Shell, we were able to reduce our global fatal flying accident record from an unacceptably high level to almost zero in just six years – demonstrating that, with a clear focus, determination (and funding) you really can make a difference in saving lives and enhancing safety in aviation. So my message to any youngsters thinking of a career in aviation is go for it. It will have its ups and downs, but I guarantee you will always enjoy going to work, which is why I am still doing it at my age – and you really can make a difference.

Looking after the interests of our members and acting as their voice in the European institutions. We have seen our association grow from 60 members and one-and-half members of staff when I first joined, to over 670 members today with a staff of almost 20. This huge increase in capability means we can be more effective in seeking proportionate rulemaking, fair access for business aviation, and using satellite based navigation to enhance safe all weather access to the regional airports that bests serve our needs. We also achieved formal recognition of the importance of general and business aviation in the European Commission paper in 2008.

What have been your greatest achievements with the EBAA?

Helping with the creation of EBACE – Europe's largest business aviation show, now in its 17th year – and seeing it grow into the great event it is today. I am also proud to have helped EBAA become an effective force which is help our members prosper to the benefit of the European economy.

After some ups and downs since the crash of 2008, we have just enjoyed our first six months of continuous growth since the crash. Departures have increased by an average of more 6% in the first quarter compared with the same period in 2016, when we saw only 1.7% growth. New business models are extending the customer options, assisted by the increasingly successful online systems to facilitate flight bookings. So as EBAA celebrates 40 years, we look forward to an exciting period of growth and opportunity for business aviation in Europe, in which EBAA will continue to play a full and active role.

What’s your next move?

I’ll be standing down as EBAA president at the end of June, when I will be handing over my responsibilities to our new chief executive, Brandon Mitchener, and to our very active chairman Juergen Wiese – head of BMW Flight Operations. So I hope to improve my golf and get some of my old lawnmowers and cars working again, although I will still be involved with the sector in my broader consultancy role – so I may not be completely disappearing yet.