Jack Roosa's father, Stuart, was command module pilot for Apollo 14, so a career in aerospace was a natural choice for the younger Roosa, who from a very young age dreamed of becoming a fighter pilot. Having fulfilled his ambition, he is now Raytheon's programme director for the Joint Standoff Weapon missile programme.

What was it like growing up around NASA families?

The majority of the families living in the area surrounding NASA were attached to the Apollo 14 project in some manner. No-one was any more special than the next. We felt like regular kids, with the exception that there was a focus from the press during the launch on 31 January 1971, and then a whirlwind trip (White House, Congress and so on) for a few weeks after the trip. Then, everything settled back to normal and the spotlight shifted to some other astronaut's family.

To this day, I keep in touch with several of the other "astronaut kids" and I’ve learned over the years that all of us have the same set of issues as every other family in the country – it's just that we had a father who was lucky enough to fly a mission to the Moon.

When I was in second grade [seven to eight years old], I decided that I wanted to become a fighter pilot in the US Air Force. I focused all my studying and sports so that I could be competitive for selection as a cadet at the US Air Force Academy.

Unfortunately, I didn’t have 20/20 vision when I graduated from pilot training – which was a requirement for fighter aircraft, so I became a Northrop T-38 instructor to log high-performance aircraft time while I worked a waiver. And after several years of flying the T-38, the waiver came through and I transitioned to the F-16.

After training, I was assigned to fly F-16s at Spangdahlem air base, western Germany. After four years in the country, I was selected, attended, and graduated from the fighter weapons school at Nellis AFB in Nevada – with follow-on orders to Hill AFB in Utah. After completing the tour at Hill, I was sent to Fort Leavenworth to attend the army’s command and general staff college as an exchange student. Upon graduating, I was transferred to Randolph AFB in Texas, as the Major Command (MAJCOM) weapons officer. After two years in Texas, I transferred to Kunsan air base, in Korea for a year-long remote tour. After that tour, I was assigned to Luke AFB and completed my 20-year USAF career as a squadron commander of the 425th Fighter Squadron. It was a fantastic career – and I logged over 3,700 flying hours and 80 combat missions. I still fly to this day. I own a 2009 Diamond DA40 piston-single aircraft and try to fly at least twice a month. 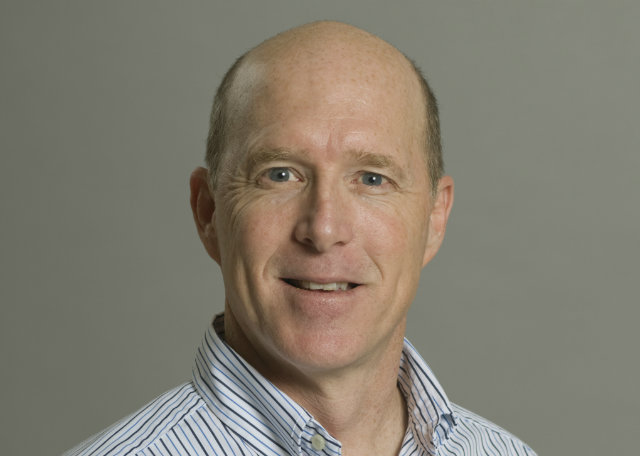 How did retirement lead to Raytheon?

I joined Raytheon Missile Systems in 2004. I've been the programme director for the Joint Standoff Weapon since September 2017. Before this assignment, I spent almost six years managing the AGM-65 Maverick and AGM-88 HARM [high-speed anti-radiation missile] programme. The director is responsible for all aspects of a programme – to include the planning and logistics responsibilities and ensuring that the systems are developed, manufactured, and delivered to our US and international partners. It's a really interesting and fun job, although the pressure can be intense most of the time. And I think that is where my military background helped. I'm very used to having to prioritise objectives and manage resources to achieve those objectives. The military also provided the leadership and teamwork experiences that are critical to succeeding in the corporate world. It's also helpful that I've employed many of these weapons – so I understand how important they can be when used in the combat environment and what is at stake if these weapons do not perform as expected.

What will be the next big leap in missile technology?

That is a tough question to answer without getting into the technical aspects – but I would generally say it's speed to target.