INTERVIEW: Charting a course for the NATCA

My father spent his career with the US Air Force, so I had the experience of living in many great places. I spent much of my time growing up watching magnificent aircraft shooting touch-and-gos and doing amazing high-speed passes and afterburner take-offs. Since then, I had wanted to be in the field of aviation. I saw an advert in the back of the local newspaper about an opportunity to become an air traffic controller. I sent an application and six months later, as I was preparing to go to college, the doorbell rang and I was handed an official offer of employment. In fairly typical government fashion, my hiring was contingent on being at the US Federal Aviation Administration Academy in Oklahoma City less than two weeks later.

How did that go?

After finishing at the academy, I was assigned to the Seattle air route traffic control centre (ZSE), which is located in Auburn, Washington, about 30km (19 miles) south of Seattle. This airspace was very diverse, and the area we worked included Southern Oregon, Northern California and an area of the Pacific Ocean. I worked at ZSE from 1989 to 1994, and then transferred to the Denver air route traffic control centre (ZDV) where I was assigned to the east area. This meant having to re-train and become certificated in unfamiliar airspace.

I was assigned to ZDV from 1994 to 1996. In 1996 I returned ZSE. I soon became heavily involved in working on behalf of the National Air Traffic Controllers Association (NATCA) – the trade union that represents the FAA's air traffic controllers. I spent some time teaching collaborative skills training to facility managers and their NATCA facility representatives in the northwest mountain region. This was a great opportunity to see the vastly different airports and air traffic operations, and to learn even more about aviation. 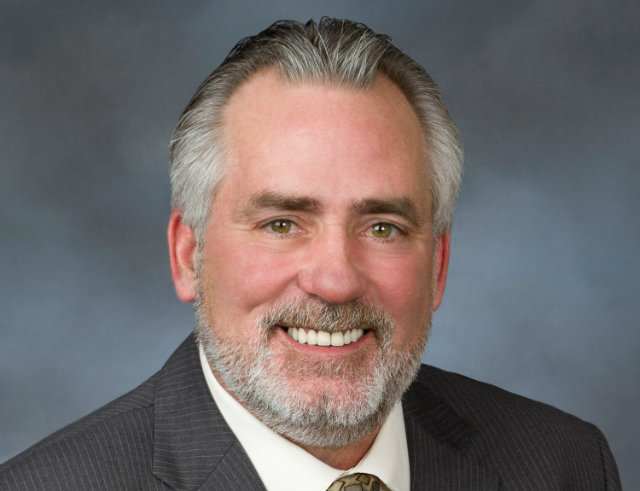 When were you elected to NATCA leadership?

After many years representing controllers at ZSE, I was elected to the position of NATCA northwest mountain regional vice-president. From 2009 to 2015, I was honoured to represent more than 1,250 air traffic controllers at 29 facilities located in seven northwest states. Taking on this role was another valuable learning experience, as the issues that we dealt with on a regular basis were wide ranging. Whether it was operational issues, relationship issues or personal and/or personnel issues; just when you thought you'd seen it all, you were proven wrong and something totally different would crop up.

How did retirement lead to a new job?

In 2015, I decided it was time for a change. I had a conversation with NATCA's president and vice-president and told them I was considering retiring. They asked me if I would move to Washington DC and become NATCA's deputy director of safety and technology. In September 2015, I retired from the FAA, got in my vehicle and drove from Washington State to Washington DC. On 1 October 2015 I began my second career.

The following July, I assumed my current role, as NATCA's director of safety and technology. Our department has five additional full-time employees, and oversees roughly 45 national technology representatives working on different programmes across the National Airspace System (NAS).

My duties include internal meetings with leadership, assisting our national technology representatives and their associated work groups, meetings with the FAA and other aviation stakeholders, along with working with many users of the NAS. I am a member of the NextGen advisory sub-committee, a group facilitated by the Radio Technical Commission for Aeronautics, which includes many different aviation entities, including the airlines, the FAA and more. NATCA has placed a high priority on outreach activities, so I also spend time attending local fly-ins, aviation-related conferences and other opportunities to spend time with the aviation community. There are several major changes within aviation that will undoubtedly affect the NAS in the coming years, including increased commercial space activity, more unmanned aerial systems and the push to certify a remote tower system for use in the USA. I encourage everyone to educate themselves on these new technologies and their potential effect on aviation in the USA.