Where did you start out?

My first aviation job was at Sikorsky in Bridgeport, Connecticut. I was a quality inspector for tail cones on the S-76 helicopter. I worked on the shop floor and it was a great way to learn. From there I joined Textron Lycoming as programme manager for the ALF502 and FL507 geared turbofans, which powered the Bombardier Challenger 600 and BAe 146. Later I became the marine and industrial programme director responsible for the US Navy Landing Craft Air Cushion (LCAC), high-speed ferries in Hong Kong and industrial power generation. When Lycoming was purchased by Allied Signal, I moved to Phoenix, Arizona to run Regional Propulsion. I had the opportunity to move back to Connecticut to become general manager of AlliedSignal Aerospace Precision Products, which produced inertial navigation systems for cruise missiles and tracking devices. There were four facilities with more than 1,100 employees. It was great to experience the military side of the business.

Throughout this time, however, my heart was always in propulsion and I was proud to consider myself an “engine guy”, so next I joined Pratt & Whitney as programme director for International Aero Engines (IAE). I then became vice-president for operational commercial engines with full responsibility for the 14,000-engine commercial fleet. I returned to IAE as president and chief executive from 2007 to 2009. I then served as senior vice-president for airline customers and led the team that launched the Pratt & Whitney Geared Turbofan (GTF). In 2012, when we bought Rolls Royce out of the IAE joint venture to give us the majority control, I was asked to return to IAE as president and chief executive for the second time to lead the integration into Pratt & Whitney. After the integration, I decided to retire and quickly became restless. 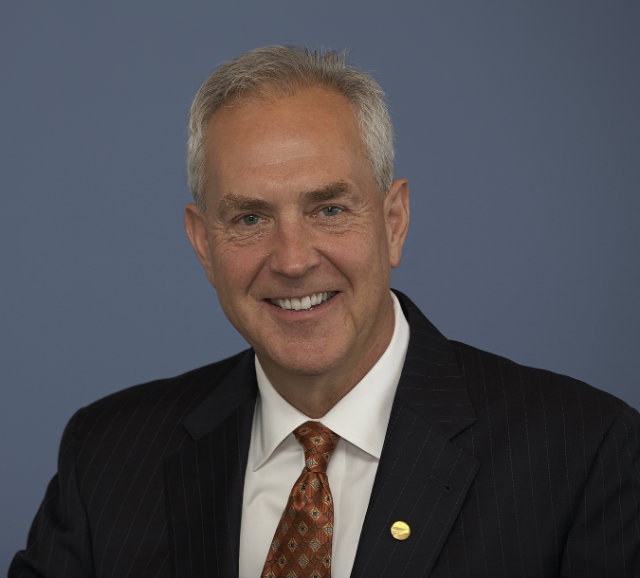 How did you come to lead the Flight Safety Foundation?

I was contacted by some former colleagues now on the FSF board of governors. Based on our conversations, I knew that I could add value to a very prestigious organisation. In mid-2014, I became the president and chief executive of the FSF, an international non-profit organisation founded in 1947 to advance aviation safety.

How did your experience prepare you for this new role?

During my tenure at Pratt & Whitney, when I was responsible for the commercial fleet, I was also on the safety board, which had overall responsibility for the integrity and safety of our flying engines. This allowed me to become very involved in aviation safety, including the process and procedures that are required to develop and maintain a safety culture.

We are currently working on an initiative called the Global Safety Information Project. It is focused on understanding how data is collected and shared to improve aviation safety. In the beginning, it is focused on the Pan-America and Asia-Pacific regions. We are very pleased with the improvements aviation has enjoyed during the past 20 years. But to continue to maintain this rate of improvement, as aviation traffic continues to grow at almost 5% per year, we must find new ways to share and learn from our safety data.

What’s the most challenging part of your job?

The hardest part is that some people think just because we have enjoyed the safest levels in aviation during the past few years, that the job is done. They think there are better ways to invest time and resources. We know that the job of improving aviation is a journey and takes work every day. We cannot let up or take our eyes off the ball, because even one accident that could have been prevented is one too many.